An upcoming BBC drama adaptation of the Elephant Man is being heavily criticised for casting a non-disabled actor as the lead part. 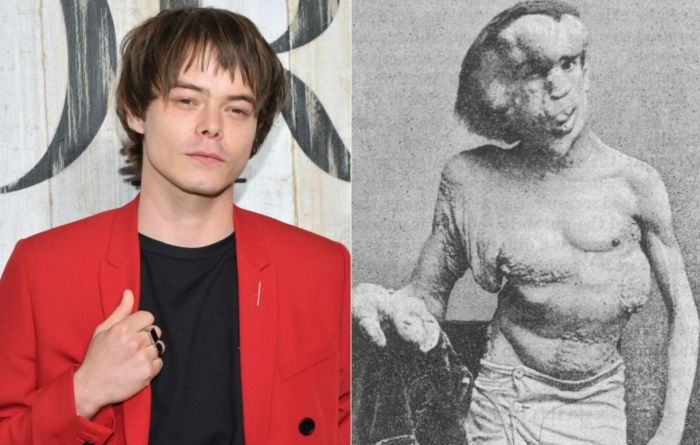 Stranger Things actor, Charlie Heaton has been cast as Joseph Merrick, a severely disfigured 19th-century man who was exhibited at shows as the Elephant Man before going onto live in a London Hospital.

The BBC drama, which is set to air next year, has come under fire for the casting of a non-disabled actor as the leading part – an issue that is prominent in many television series and films worldwide.

Phil Talbot, Scope’s head of communications, was quoted saying: “It’s disappointing that a disabled actor has not been cast in the remake of The Elephant Man, as it’s one of the most recognisable films to portray a disabled character.

“This is a missed opportunity but sadly, a lack of diversity in the industry is nothing new. Disabled actors still often face huge barriers to break into the business. Not only are the roles few and far between, but castings and locations are often not accessible. There is a massive pool of disabled talent being overlooked.”

Similarly, the decision by production company New Pictures to cast a non-disabled actor has been criticised by VisABLEtalent agency, Louise Dyson. She told Newsbeat: “It’s not a great surprise it’s just a huge disappointment that we weren’t even given the chance to audition for the role.

“Irrespective of whether Charlie Heaton is the best person for the role, actors with disabilities were not even given the chance.”

A spokesman for the programme said: “The Elephant Man is an iconic drama that has had an important role to play in highlighting changing attitudes to disability and we are currently in the process of casting disabled actors in a variety of key roles.”

Speaking of his new leading role, Charlie Heaton said he was “extremely excited and honoured” for his new casting, describing it as a “challenge for any actor.”

What do you think about the casting? Should a disabled actor be playing the role or was Charlie simply the best fit for the programme? Let us know on Twitter.

Naidex 46: Aspiring for a Better Future of Independent Living

Catchpoint, hosted by Paddy McGuinness, is back and looking for teams of two to take part