Living with an invisible illness can sometimes make you feel alone. As though you are the only person in the world experiencing the symptoms and uncertainty that comes with it. This is how one young girl living with epilepsy felt. Facing epilepsy head on, Cassidy Megan create a day that would be celebrated across the world.

Cassidy Megan, from Halifax, Canada, was only seven when she was diagnosed with epilepsy. At such a young age with a lifetime of adventure ahead of her, Cassidy struggled with her diagnosis, she says: “When I was first diagnosed I was scared and felt really alone, I thought I was the only kid with epilepsy. I didn’t know what it meant for me. I didn’t want anyone to know and I didn’t like my parents or anyone to talk about it. I was afraid I would lose all my friends and that people would make fun of me.”

After spotting adverts on television for cancer support and celebrations for St Patrick’s Day, Cassidy questioned why there was not the same amount of awareness for people living with epilepsy. 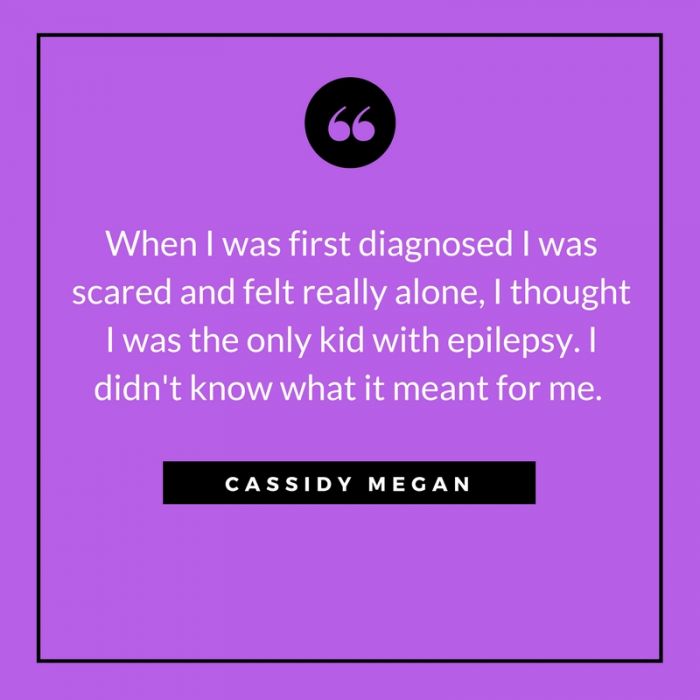 AN IDEA IS BORN

In the UK alone it is estimated that there are 600,000 people with the condition, or in greater perspective, around 50 million people worldwide has epilepsy. Making it the most common neurological condition in the world.

Despite this, many people still don’t understand what epilepsy is and the symptoms that come with it. In Canada, the month of March celebrates improved epilepsy awareness but Cassidy knew that more needed to be done. 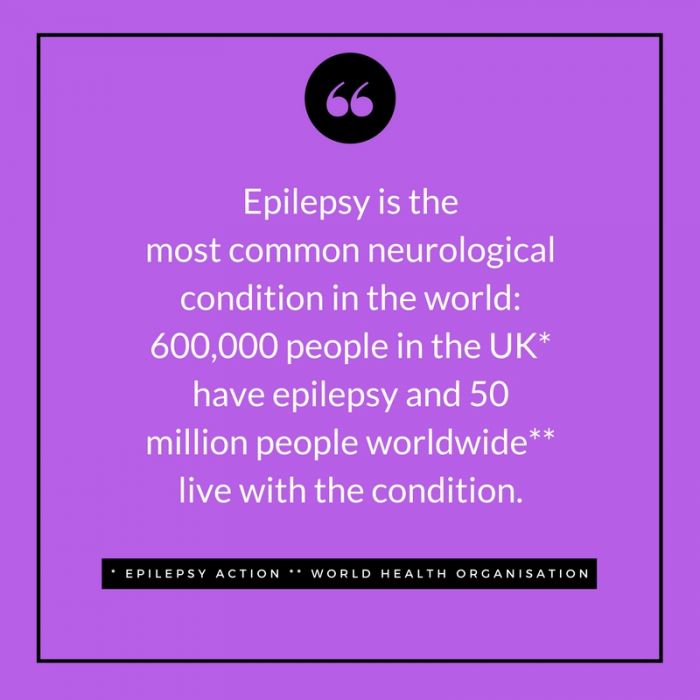 “I wanted to have just one day where the whole world could come together and let people with epilepsy know they were not alone – so that no one would feel like I did. I wanted people to learn about epilepsy and not be afraid. I told my mom I wanted to have it every year and for it to be around the world,” explains Cassidy. Her ambition became a reality in 2008 when Cassidy and her parents teamed up with the Epilepsy Association of Nova Scotia to create Purple Day.

Only a year later the New York based Anita Kaufmann Foundation and Epilepsy Association of Nova Scotia came together to take Purple Day international. Now, across the world calendars are coloured in purple on 26 March each year to raise awareness of epilepsy and fundraise for vital research.

“What I hoped to achieve with Purple Day is having people all over the world not feel afraid and alone like I did. I wanted people living with epilepsy to know that they were not alone. I wanted people to have Purple Day as the one day of the year that they could come together and show support for those living with epilepsy,” adds Cassidy. “I also wanted Purple Day to be a day that we could call our own, to stand proud and teach other people about epilepsy; teach them what to do if they see someone having a seizure and to not be afraid of epilepsy or people who have it.”

Nearly ten years after Cassidy’s original idea the 19-year-old has paved the way for a movement that is celebrated worldwide. There is no doubt that more people are aware of epilepsy than they were several years ago, and many people now understand that there are over 40 different types of seizure people living with epilepsy can have.

But, as with everything, more can still be done. 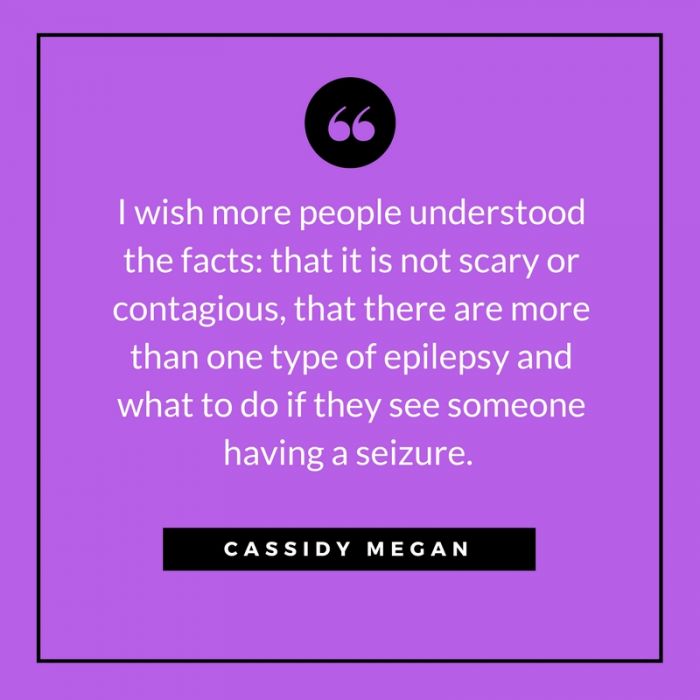 Cassidy has a goal to ensure everyone in the world knows what epilepsy is and how to administer the appropriate first aid for someone having a seizure. We all know how to help someone who is choking, why shouldn’t seizures come with the same basic understanding?

“I wish more people understood the facts: that it is not scary or contagious, epilepsy is not the same for everyone and what to do if they see someone having a seizure. I wish more people understood that having epilepsy does not make us any different from them, that we have dreams, hopes and feelings. Having epilepsy is not who we are it is just a part of us, we have epilepsy just like they have say blue eyes or just like they have asthma,” concludes Cassidy.

Today people across the UK will be fundraising, educating and supporting everyone living with epilepsy – all in their favourite shade of purple. Thanks to Cassidy, countries in every continent will also be getting involved raise awareness of the invisible illness.

You can be stronger than epilepsy and show your support by visiting Epilepsy Action here.

Hearing loss on the world stage with Lewis Vaughan Jones