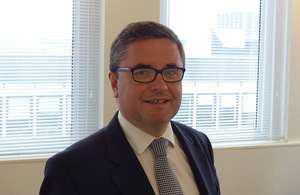 Disability Hate Crime is an abhorrent and intolerable crime, yet all the evidence points to this becoming a growing problem in the UK.

The most recent Crime Survey for England and Wales estimated that 70,000 disability motivated hate crimes were committed in 2014-2015. Disability hate crimes are classified as any criminal offence which is perceived, by the victim or any other person, motivated by hostility or prejudice based on a person’s disability. As the Equality and Human Rights Commission has said it is “a crime hidden in plain sight”. And we also know there is currently a stark gap between the reporting of these crimes and successful prosecution outcomes.

As the parent of a disabled child, I know how thoughtless actions can affect the wider family as well as the individual being targeted. Sadly, when we see the more extreme manifestations of ill feelings towards disabled people, it can lead to crimes being committed against them.

These sorts of hate crimes are insidious, causing lasting physical and psychological damage and ruining lives. Often offences of this nature aren’t always obviously motivated by overt hostility on the grounds of disability and that poses a challenge for the police and prosecutors in bringing these cases to Court. For a prosecution to be successful, under the current law there needs to be evidence that the offence was motivated by hostility.

Disabled people affected by this kind of crime will often not see the abuse they are suffering as a problem and will simply accept it as their lot in life. This, in turn, can also lead to some showing an increasing tendency to withdraw from mainstream life, a further damaging consequence for them and for our wider society.

Events like Hate Crime Awareness Week, which ran from 12-17 October, are vital in ensuring that we keep moving forwards on this issue. The week is all about raising awareness of what hate crime is and how to respond to it, in particular to encourage people to report it when it may have occurred. Disability is still an area where social attitudes need to change, not least for those disabilities that are not immediately visible.

Since first being appointed as the Government’s Solicitor General last year, improving the way in which disability hate crime is reported, investigated and prosecuted has been one of my top priorities. This is not just a matter of highlighting the perceived vulnerability of such victims. Indeed, I would urge that we move away from this simple categorisation, as we all may be considered vulnerable at times by our circumstances, and instead re-focus on the offender and what motivates their behaviour.

We are already getting better at tackling this problem, though there is still plenty to be done. Next week, Government ministers will be attending a roundtable event along with senior leaders from the criminal justice system, with the important aim of refreshing the cross-Government Hate Crime Action Plan. The CPS have developed a mandatory training programme for all prosecutors on disability hate crime which is now being rolled out. The College of Policing has also published hate crime operational guidance for officers, and I was pleased to visit the College in person recently and see for myself the increasing focus being placed on this issue. We also need to shine a spotlight on the growing trend of hate against disabled victims on social media.

All of this work is already improving performance, though there still remains a long way to go. In cases where there is evidence that offenders have displayed hostility towards a victim based on perceived disability, prosecutors can ask the Courts to impose harsher sentences for such crimes and increasingly this is happening.

With increased training amongst the police, prosecutors, and the judiciary we are continuing to raise the profile of this type of offence. However it is important that while we keep striving for improved results in this field, we must not lose sight of the experiences of those directly affected by disability hate crime. Only by understanding their perspectives and listening to their needs can there be meaningful and lasting change.

Accessible homes and inclusive neighbourhoods are fundamental to independent living