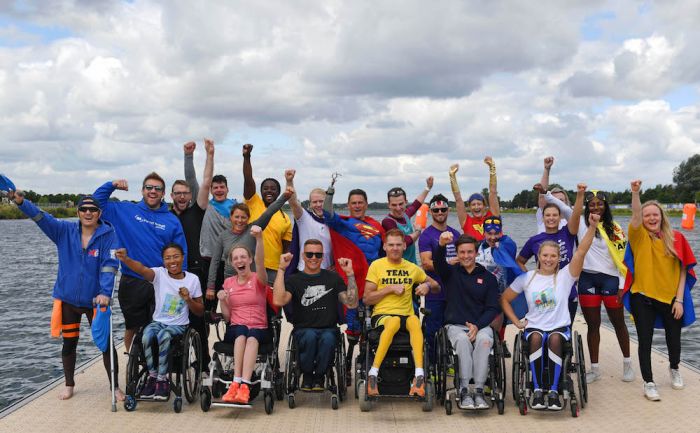 After an epic summer of elite sport, it was the turn of the Paralympic champions, including Jonnie Peacock, Kadeena Cox, David Weir and Georgina Hermitage to be blown away by the Everyday Superheroes who unleashed their inner superpowers, trailblazing around unique solo and team Superhero Tri.

One of the highlights was the Celebrity Superhero Tri, where more than 20 Celebrity Team Captains, including npower’s Jonnie Peacock, got to take part alongside their inspiring and determined competition winning teammates from around the UK. The teams fought strong winds, ice cold open waters and chilly temperatures on the day.to show off their passion and strength. 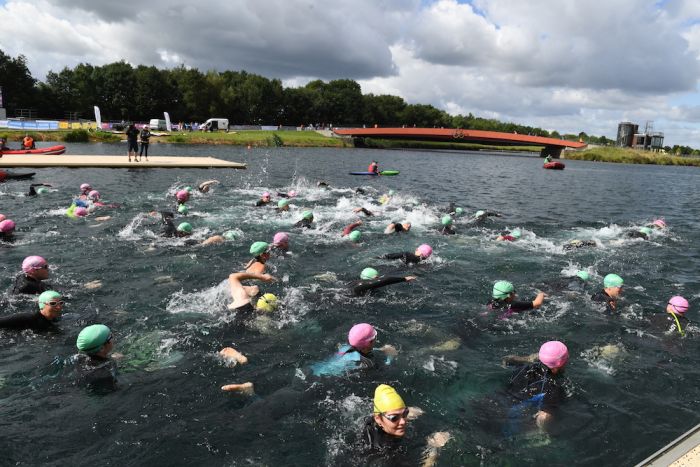 The series, with lead partner npower, is on its own mission to find Britain’s Superpowers – and they were spoilt for choice! npower super-charged the series by recruiting Paralympic gold medallist Jonnie Peacock as their Team Captain. Discussing his team’s success in the Superhero Series, Jonnie said, “I’m so honoured to be a part of the Superhero Series, it was such great fun and really inspiring to see so many people who had never even considered taking part in a sporting event like this before. I’m especially proud of my team. Amy and Matt were brilliant – definitely budding Paralympians! They both showed real heart and teamwork, and most importantly they had fun, which is the main purpose of the Superhero Series.”

Amy, who suffers with Dystonia, started the race for team npower alongside 20 other brave swimmers and was cheered on from the sidelines by her teammates and family. Although struggling with the second half of her 150m swim, the crowds were quick to spur her on and help her reach firm ground. Matt, who lives with Erbs Palsy, was ready and waiting to take over and speed through his 3km cycle. He said: “It was one of my fastest times so my training has paid off! I’m so proud to have worked with Jonnie and Amy as part of team npower. It was such an awesome and inspiring experience.” Amy described her swim as “gruelling but amazing”, and said: “I’ll be wearing this wetsuit whenever I train – I think it brings me luck!” Jonnie completed his first ever 1km race and said “I was pleased to do the distance. Seeing everyone else competing spurred me on and the crowds were fantastic. It’s been such a great day and my team mates on team npower were a real inspiration.” 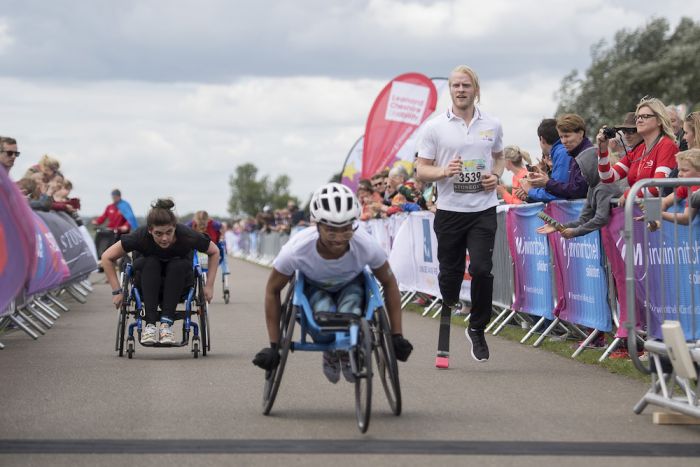 Paralympian and Superhero Series founder Sophia Warner said: “This event was a much needed chance for Everyday Superheroes all across the UK to unleash their superpowers and see what’s possible when given the opportunity. The highlight for me was to see so many people who had never done anything like this before having great fun and of course masks, capes and pants over tights were positively encouraged. Thanks to all the super partners and everyone else for making it a reality. Here’s to the next one!”

To find out more about Superhero Series or to register visit www.superheroseries.co.uk and @superherotri on twitter.