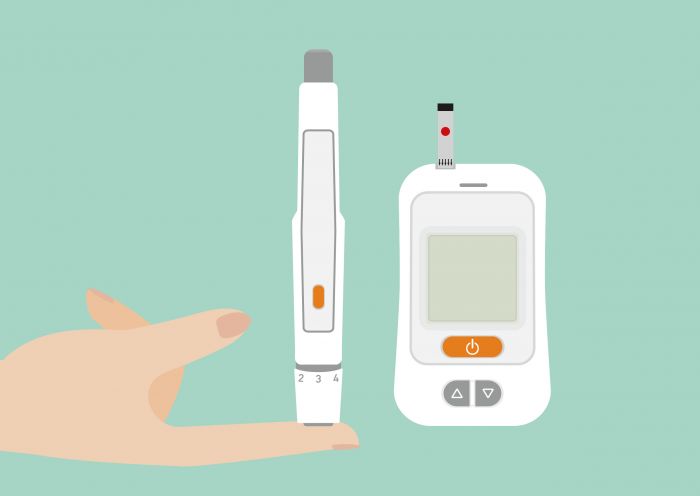 James was diagnosed with type one diabetes at the age of 12, now 49 he has lived with the illness for the majority of his life.

While he acknowledges he is disabled, this isn’t how he sees himself as James says: “I have special footwear, calibres, I can’t walk much. It is a disability, it’s not something I want, but something you have to learn to live with. People ask if diabetes is classed as a disability: yes, it can be very disabling.”

Before being diagnosed James was continually ill and severely underweight.

“I was five stone and collapsed playing football. I got in the bath and my mum looked at me,” James explains. “I was all skin and bone, constantly thirsty, forever going to the toilet. We took a urine sample to the doctor and that’s when I was diagnosed with type one.”

Despite the relief of a diagnosis, dealing with the illness was no easy feat. The at-home equipment we know today was just on the cusp of being introduced and not yet accurate.

“Things were very different, blood machines had just come out and you had to test sugar by urine test,” says James. “I learned to inject at the age of 12, it was difficult. I was only interested in football and sweets.” 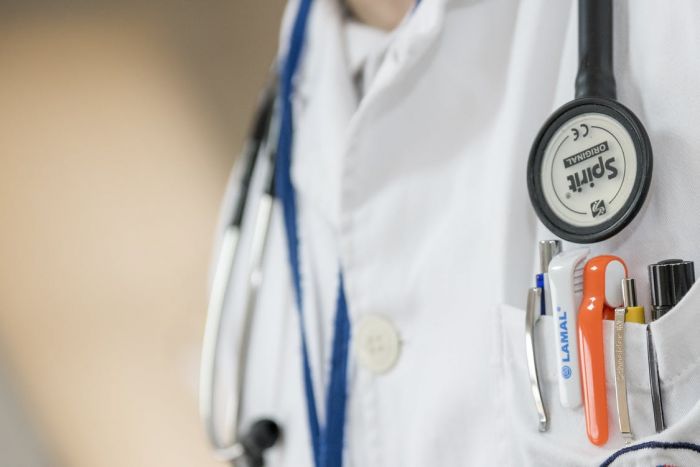 A lack of easy at-home testing meant a strict diet and regime James says: “Everything was strict. I was on one injection a day. If your urine sugars were up, the only way to get them down was exercising.”

In a world without smartphones or information available at the touch of a button, James and his mother had to rely on diabetic-friendly recipe books to keep him in good health.

“All food was measured out, we didn’t have the labelling on foods like we do now, diet drinks were a luxury, diabetic chocolate was extremely expensive and full of laxative,” he adds.

At a young age James found it difficult to keep to his strict regime he says: “It was hard for me to understand what was going on, but it could be worse and that’s how you need to look at it.”

Now with a greater understanding of the illness and better resources, James tries to remain positive despite the hurdles.

“I’m still here to tell the tale, but as I got older complications developed,” says James. “They first started around 15 years ago, I normally get one then two or three.”

Our research is helping to build a picture of the genetics behind #diabetes. * In the 1990s, we set up the Warren Collections – a bank of biological samples from people with a family link to diabetes. * Our scientists used the collections to pinpoint, for the first time, the genes that make some of us more prone to developing Type 1 or Type 2 diabetes. * Search ‘Our Research Impact’ on www.diabetes.org.uk for more.

Dealing with countless complications throughout his life, James has suffered with diabetic frozen shoulder, carpel tunnel, a muscle wasting disease in his feet and more. After his sight progressively deteriorated, James had laser treatment and surgery on both eyes to restore his vision.

“You just have to make the best of what you’ve got, but the eyes were a worry,” says James. “I lost about 75 per cent of vision in both eyes for about a year, the surgery was a huge relief.” Although the operation helped restore his sight, James lost his peripheral vision and night vision leaving him unable to drive.

As his sight had deteriorated, James also had an ulcer on his foot which resulted in his toe being amputated. “I couldn’t consider working again which was a real kick in the teeth, especially being so young,” says James.

“I was 39 the last time I worked, I didn’t want to give up work. I used to work as a safety officer at a football club, I had to give it up and I was devastated; it was my dream job.”

Having his toe amputated was a major life change. “It was horrendous and when I was in hospital they then diagnosed another condition with my feet,” recalls James.

As his feet started growing inwards it resulted in surgery to pin his right foot and perform an ankle fusion, but after six months the pins moved.

“I had a huge infection, I was on antibiotics to save my leg. That was testing as well,” says James. “I have a good family support and a good wife, but the complications are scary, I still see diabetics struggling now.”

Now James wants to spread awareness that anyone can be diagnosed with diabetes. It is estimated nearly one million people in the UK have type two diabetes but haven’t been diagnosed.

“A lot of people have the same opinion as I did that it won’t happen to them, but it can,” says James. “Even now with technology, and people talking, and the blood testing, they’re still not hearing the advice.”

Seizing the opportunity to do voluntary speaking and writing blogs on the illness, James is encouraging improved understanding.

“I’m quite an outgoing person, I do talks regularly on disability, diabetes, the Equality Act (2010). You’ve got to, it’s sink or swim,” says James. “You have days where you feel like sinking, but you could be a lot worse off, people are told you’ve not got long to live and you have to make the most of it, I’m still the same person.”

Despite life-changing complications, a strict regime and learning to live with a disability, James remains positive through his battle with diabetes.

For help and information about diabetes visit their website here.

Diabetes nurses are gearing up for charity cycle