From changes in personality to loss of identity, dementia can rob a person of their memories and experiences. The emotional impact can open the door to uncertainty and loneliness for dementia carers looking after their loved ones. 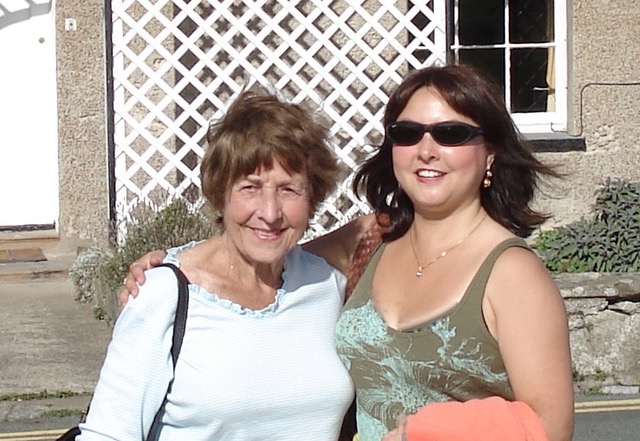 Ming and her mother during the early days of dementia

A lifetime of experiences and adventures have the potential to fade with the progression of dementia. Across the UK, there are 850,000 people living with dementia: it’s the condition most feared by those aged over 55.

Dementia is much more than just memory loss. It’s o en accompanied by aggression, paranoia, altered perception, and personality change. Loved ones caring for a person living with dementia can also be engulfed by loneliness brought on by the illness.

There is no bond quite as powerful and magical as the connection between mother and daughter. Lifelong friends and confidantes, Ming Ho and her mother had an extremely close relationship, from speaking on the phone for hours each day to weekend visits and trips out, until dementia robbed them of their connection.

“She had always been a very warm and a ectionate person. She really adored me, and to find that she was suddenly behaving strangely with me, being antagonistic and suspicious, accusing me of things I hadn’t done, just looking at me in odd ways some of the time,” remembers Ming.

“Now I look back on that and think probably as far back as the mid 2000s, she was looking at me wondering who I was.”

From the late 1990s, Ming started to see a change in her mother, who was confusing memories and repeating herself, but it was in the early 2000s that more troubling symptoms began to present. However, Ming assumed – like many families – that her mother was simply showing signs of older age and did not initially suspect dementia.

The symptoms subsequently progressed to an advanced stage. After years of uncertainty and crisis, a formal diagnosis of dementia was delivered, but by that time the deep connection shared by Ming and her mother had disintegrated. 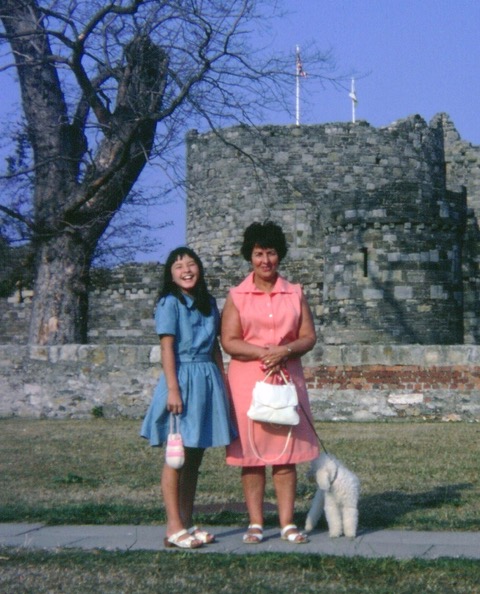 Making memories on a family holiday

With her mother now living in nursing care, Ming is still her sole family carer. An additional challenge for Ming has been her lack of close emotional support, as she has no partner or children and doesn’t want to overburden friendships with constant talk of her mother.

The toll on dementia carers is one that can often be overlooked.

Imagine sitting next to the person you love, be it a partner, parent or friend, and knowing that you were the only person to still hold memories of your time together.

It’s a heart-breaking reality for the 700,000 family members who provide dementia care every year.

Ming’s mother now has no recall of her life beyond her earliest years. Gone are her memories of her late husband, daughter and their family home of forty years. It’s incredibly upsetting for both Ming and her mother: Ming is aware of what has been lost, while her mother is not, but believes herself to be alone in the world.

“That’s completely alien to her personality, she would never have been like that with me when she knew who I was. I can’t reassure her or truly make her understand that I love her. You can say the words, but never know how much she registers the feeling.”

The loss of recognition can be seen as one of the defining moments of dementia.

“We sometimes talk about a double death in the idea that if someone does reach a stage where carers don’t recognise people close to them, that can feel like a devastating blow and then when they pass away that’s a second devastating blow,” explains Dominic Carter, senior policy officer at Alzheimer’s Society.

“There are occasions were people will remember who that person is and other times where they won’t and that can be hugely distressing, particularly for somebody who has spent the last however long providing hours and hours’ worth of care, you suddenly feel very alone.”

The loneliness and emotional impact on families can become unbearable: isolation and feeling that you have to face things alone, and this is where organisations and forums from Alzheimer’s Society to Dementia Carers Count can provide support. 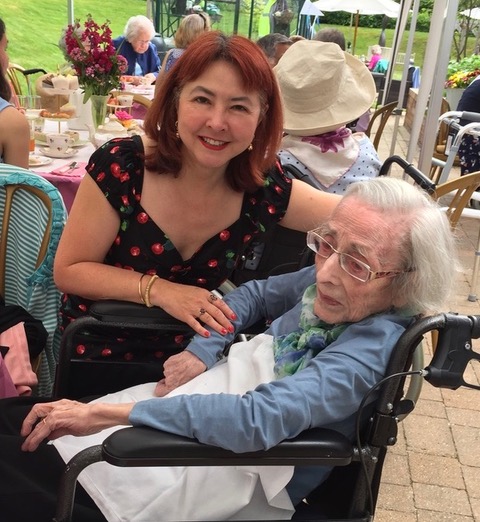 At a recent party

Acceptance and understanding that guidance is available can be the key to regaining a sense of self. Ming sits on the Dementia Carers Count Carers Advisory Panel, has attended counselling, and utilises her skills as a professional scriptwriter to share her experiences in blogs and dramas, such as her award-winning Radio 4 play, The Things We Never Said.

By using those experiences to get involved with campaigning and research, Ming has found purpose and ways to combat the feelings of isolation that come with being a carer.

Dementia can be debilitating and changes relationships. Reaching out and connecting with others is one cure to battling dementia’s grips on emotion.

Who cares about carers?

EXCLUSIVE INTERVIEW: Sir Tom Hunter speaks to Enable about donating £1million to Alzheimer’s charities and his personal connection to the illness