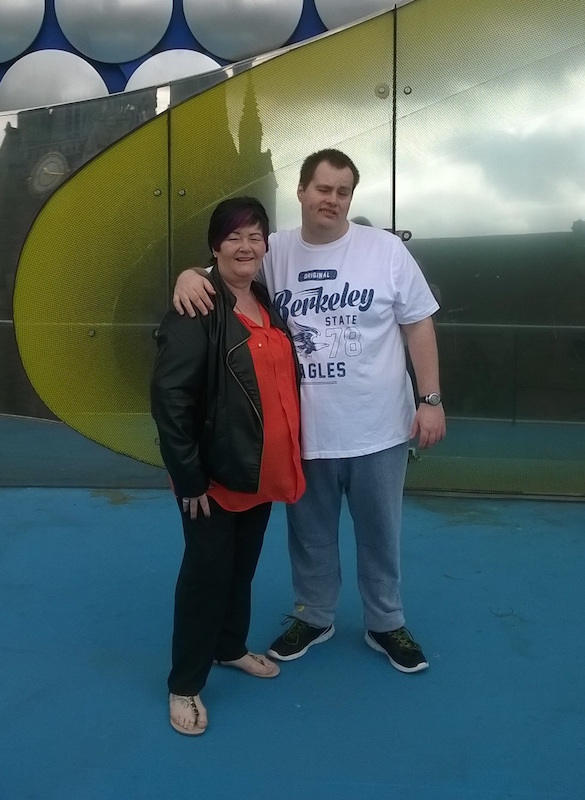 A Worcestershire man with a love of words is having his birthday wish granted thanks to the generosity of an electronic games manufacturer in Maidenhead.

Word fanatic Jack McQuaid, aged 23, has a large collection of word games and electronic word computers made by Franklin and distributed by Seiko.

For his birthday on June 27, Jack, who is autistic and lives at Options Malvern View, near Upton upon Severn, Worcestershire was desperate to add a word computer called Wordwizard to his collection.

Options Malvern View, owned by Options, is a transitional residential home for young adults with autism, which works to develop life skills to enable people to have greater independence.

But the game – originally manufactured in 1997 – went out of production years ago and was proving impossible to find.

Jack had previously owned the game twice before but each time he had worn them out.

His key worker, Mike Milne, decided to contact Wordwizard distributor, Seiko UK, in the hope that someone there could help.

Mike said that he had been amazed to receive an invitation for Jack to visit the Seiko UK Ltd’s offices in Maidenhead “Like many people on the autistic spectrum, Jack can be obsessive about his interests and loves words, word games and electronic word computers. Harnessing this interest can motivate Jack to do things that he would otherwise find difficult,” said Mike.

“He has been desperate to get Wordwizard, so I wrote to the manufacturer asking to see if they had one stashed away in a forgotten cupboard somewhere. We had already looked on the internet but couldn’t find one anywhere.

“Seiko – which distributes Franklin in the UK – almost immediately came back to me to say they had found one of the games. They invited Jack to their Maidenhead offices to personally present him with the computer, which we just weren’t expecting. He’s incredibly excited about it all.”

When he visits Seiko on June 24, Jack will get to try out some of Franklin’s new products, in addition to receiving his prized Wordwizard game. He will also get to indulge in another of his passions – watches and clocks – as Seiko has also invited him to look around their watch showroom.

Mike said: “The staff here at Options Malvern View are committed to trying to improve the lives of the young adults and enable them to try new things to enrich their lives – and we’re all thrilled that Jack is getting this opportunity.

“There’s no doubt that a journey of over two-and-a-quarter hours to Maidenhead will be a challenge for Jack, as will coping with his excitement – but we can’t wait to see his face when he gets there.”

Jack’s mum, Dawn Rooke, has got her son a t-shirt to wear on the day, emblazoned with the words ‘Jack loves Franklin dictionaries’.

Miss Rooke, from Alum Rock, in Birmingham, said: “Ever since the age of five, Jack has been fascinated by words. Games like these have transformed his life, as from a young age Jack couldn’t speak so he communicated through the use of these games, spelling out what he wanted to say. Over the years Jack has had over 100 games, which have slowly broken and we’re finding it increasingly hard to replace them. As Jack has grown older these games have given him the chance to communicate and boosted his confidence to speak.

“It’s brilliant that Jack has got the opportunity to go to Seiko and I couldn’t thank them enough. He’s so excited and I’m sure he will have a fantastic time!”

Find out more about Options at www.optionsgroup.co.uk