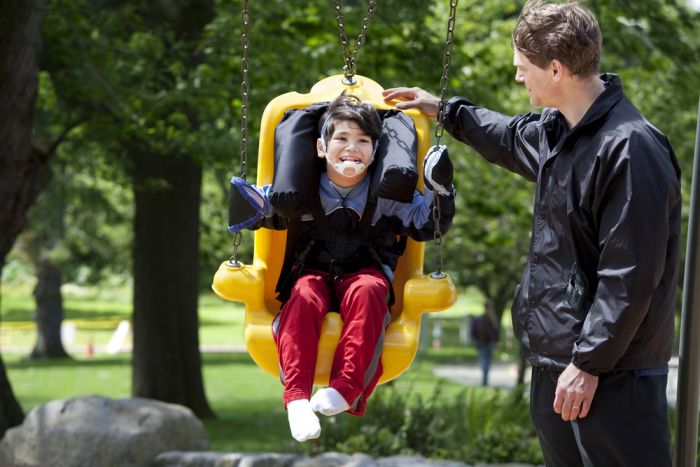 Six million Brits spend their spare time caring for a friend, family member or partner, offering them vital support for no payment. But who’s there to offer support to carers when time gets tough? We find out more about all the help that’s out there.

They’re Britain’s unsung heroes, the incredible members of society who are saving the economy a staggering £119bn every year – unpaid carers. These are the people who devote their spare time, and even time that isn’t quite so spare, to supporting elderly and disabled loved ones for free.

While carers’ contribution to society isn’t praised nearly enough, what’s often forgotten is the fact that what they’re doing isn’t easy – yet you’ll rarely hear a carer complain. Almost half of carers in England admit that their caring responsibilities have had an impact on their health, while 60% say they’ve used their savings to cover the additional costs that caring for someone else brings.

Being a carer is in no way a negative thing. If you were to ask a carer if they saw their role as a hardship or a burden, the majority would be horrified and testify that they’d never dream of handing their responsibility over to someone else. However, as in any job or relationship, there might come a time when things get tough. Luckily, you don’t have to be alone. There are lots of different agencies out there that can help out in a range of ways, making life better for carers and the person they’re caring for.

One way in which you can get extra support is financially. One in five carers end up giving up work so they can care full-time. There are different government benefits which you can apply for to make life a little easier, like Carers Allowance, Income Support and tax credits – the extra cash can make a huge difference. Contact an independent financial advisor to see what you can claim. Your local Citizens Advice Bureau is a great starting point, or the government’s Benefit Enquiry Line on 0800 882 200.

To get things moving, contact your local authority and arrange an assessment of need for the person you care for, and a carer’s assessment for you. “People might think it’s not worth their while, and, frankly, sometimes they’ve had enough of assessments already,” Moira Fraser, Director of Policy at Carers’ Trust, explains. “It is really important that carers get an assessment because that’s the gateway to being able to access a lot of other kinds of support.” 35% of carers miss out on benefits because they aren’t aware of what they’re entitled to, so make sure you reach out to you get the help you need.

More than two thirds of carers work as well as care, and many do have concerns about balancing their work and home life. Thankfully, there are options available. After six months in employment, you can request flexible working hours with your employer. This could mean switching to part-time, working from home sometimes, staggered hours or switching to term-time working. There’s no guarantee that anything will change, but you still have the right to ask.

“It can be quite difficult, because sometimes people don’t want to say that they are a carer,” Moira notes. “The important thing is to talk to your employer about what you need ahead of time. The last thing that anyone wants is for carers to drop out of work. Sometimes, a bit of flexibility is needed, so get it in place.”

One study has shown that 52% of carers were being treated for stress-related disorders, meaning it’s vital that carers take a break now and then. Respite care is a massive help for thousands of people, and takes a couple of different forms. The one which people automatically think of is residential respite, where the person you care for is looked after for a while in a nursing home or on holiday – you could even take a whole-family holiday in a specialist centre so that everyone can enjoy some time away from your usual routine. There are plenty of care providers offering this service, from your local council to private companies like Vitalise. Check out the Carers Trust website at www.carers.org to see what’s out there.

“Often, people don’t want to go somewhere else for respite, they don’t want the person they care for to have to leave the house,” Moira adds. “One option is to have high-quality replacement care with someone they can build up a relationship with and work with them in their own home. That way, the carer can comfortably go away and have a break.” Your local council may be able to help you cover the costs of replacement care – this all comes down to your assessment of need and your own financial situation.

“Carers get so caught up in the person that they care for that they often forget about their own needs,” Moira says. “That’s when people get exhausted and they become unwell, and we need to make sure that they understand that they have rights too. They’re an individual with a life too and they have to look after themselves.

The minute you think you might have a problem, speak to your GP before it gets worse – don’t for a minute think it’s ‘not important’ or ‘too small’. It’s not just trained medical professionals who can help.

“One of the most important things is support from other carers, other people that are in the same kind of position,” Moira adds. “That’s particularly important if you’re new in a caring role – quite often people feel like they don’t really know what’s out there. They can give some emotional support.” Look into carers’ services in your area. Carers’ centres offer loads of support – staff and fellow carers act as a lifeline for so many people, and can point you in the right direction when things get tough.

If you’re one of the six million incredible carers out there, don’t let your situation turn into a negative one. There is support out there that’ll help you and the rest of your family cope. Don’t hold back – sort it out now.

Caring for the carers: Minister joins charities to urge communities to do what they can to support those looking after family and friends