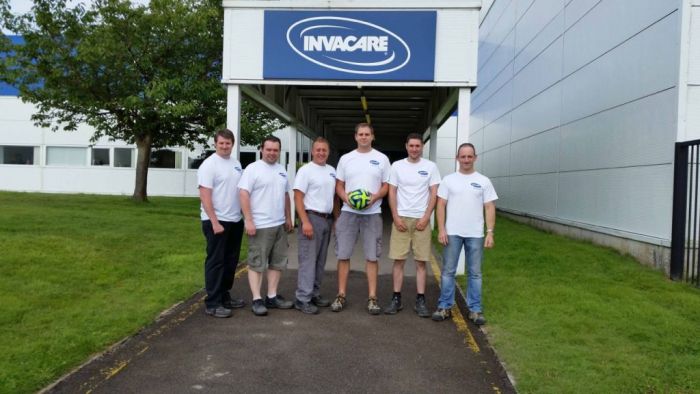 During June and July, 15 teams consisting of Invacare employees from across the globe took part in a competition to record the number of steps walked over an 8 week period, and Invacare UK is pleased to announce the winning team was our very own Tech Tornadoes.

The friendly, fun and healthy competition was set up by colleagues in the USA to encourage and increase exercise whilst bringing Invacare employees from all over the world together. Every participant had a free pedometer to record the number of steps walked, which was submitted on a weekly basis. Additional activities such as football, swimming and gym sessions were also encouraged and recorded.

Invacare Ltd designs, manufactures, and distributes an extensive line of mobility and health care products for hospitals and non-acute care environments, including the home health care, retail, extended care markets, and the NHS in the UK. Find out more at www.invacare.co.uk

Get off-road with the Trekinetic wheelchair