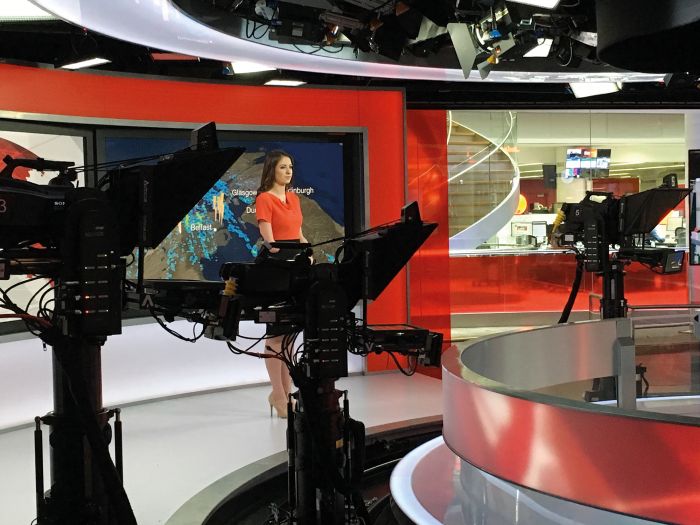 “I would like to be known as a good WEATHER PRESENTER first, and the fact that I have a DISABILITY second”

The media has been making refreshing progress in terms of diversity in recent years. From Channel 4’s popular relationship show The Undateables to crime drama Silent Witness, disabled people are becoming more visible than ever before. As weather presenter Lucy Martin makes waves in her career, she told us what it takes to make it in the media

In 2015, the BBC launched an initiative offering men and women with a disability the opportunity to learn about working in the media – all they needed was a passion for the environment and the weather. It was a first, and major, step for the publicly-funded corporation to become more inclusive and show increased diversity on screen.

Out of thousands of applications, Lucy Martin was one of ten applicants to get a place on the scheme. Her success to date has been down to her dedication and hard work – not because of her disability.

“We spent three days learning how weather presenting comes together, which is not as straightforward as you might imagine. There’s quite a lot of parts to that. It was great – we got to practice in the studio, spend time with a meteorologist, learn about telling the story, and that was really great. I had a really good time, and I enjoyed the opportunity,” explains Lucy.

Having obtained a degree in geography from Durham University, taking her career into the spotlight was not the direct route for Lucy, due to the competitive nature of the media. “I had always loved the idea of being a presenter but it was one of those jobs I thought quite a lot of people would like to have a go at,” says Lucy, who was born without her right hand and forearm. “I hadn’t been going really hard for it and doing the best that I could before. There was an element when I first saw [the advert] of just giving it a go, and since then I have been incredibly lucky.”

From the three-day course held in July 2015, it was only a matter of months before Lucy was offered training at the BBC’s Weather Centre. Lucy went on to learn about meteorology and presenting as the original advert did not require previous qualifications – and it was a fantastic opportunity to learn about life in the media directly from the professionals. There is no denying that Lucy’s introduction into weather presenting has been a whirlwind. 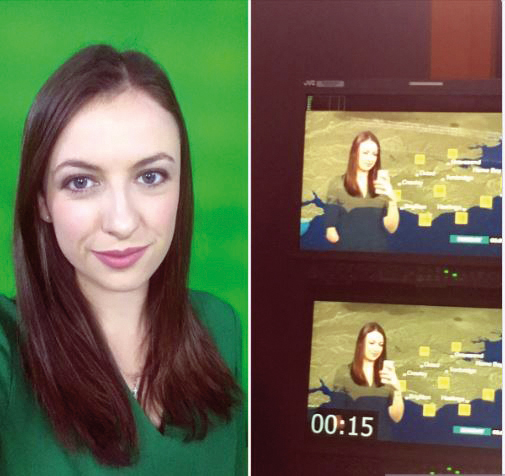 She says: “I did some training in the Weather Centre in meteorology, and I spent three or four months in the East Midlands practising, getting up to speed, and shadowing, until I felt up to [presenting] myself. I started off doing radio, then pre-recorded TV and then live TV… It has been a real learning curve – lots of practise from the beginning, lots of hard work but then it has all built up from there.”

In just under a year, Lucy has been nominated for an Icon Award, appeared on the News at One and presented on national channels including Radio 5 live. Getting recognition from the Icon Award nomination left her amazed, and happy with the progress she has made. Lucy says: “You can very much get wrapped up in learning and getting everything done to the best of your ability – to actually see it having an impact and people think I’m doing well is really lovely. I was really honoured.”

Not letting her disability hold her back, Lucy is a rising star in the BBC, and is leading the way in showcasing that someone with a disability can achieve just as much as anyone else. When it comes to the response to her broadcasts, it has been overwhelmingly positive.

“I have received loads of lovely messages and letters from people directly, with kids, or family, with the same disability as me and that’s made a great impact [on them], seeing someone in the media who looks just like them. Also people who haven’t got the same disability or aren’t disabled at all have said lovely things and been really supportive,” says Lucy. “I have had one or two not very nice comments, but I could probably count them on one hand. A few people have said not very nice things, but even then the response from people being outraged by that, not wanting to hear that, standing up for me, has overshadowed that. For me, I would say it has been overwhelmingly positive.”

Receiving positive feedback showcases that public attitudes towards disability are changing, even if there is still work that needs to be done. Speaking about others looking to get into the media, but who feel their disability could be holding them back, Lucy encourages that this should not be the case as there are people out there who want to help.

Seeing Lucy as a successful weather presenter and looking beyond her disability is the start of improved acceptance and understanding of disability. “I would really like to be known as a good weather presenter first, and then the fact that I have a disability being second. I think that’s what we need to achieve – that we see past that disability. I’m open to helping any way I can,” concludes Lucy.

Having a natural talent for presenting, professional training from the BBC and enthusiasm to do well is why Lucy is so successful within her career. And it’s clear that attitudes to disability are changing, one show at a time.

For more information on careers with the BBC, head to their website

How to make clubbing more inclusive