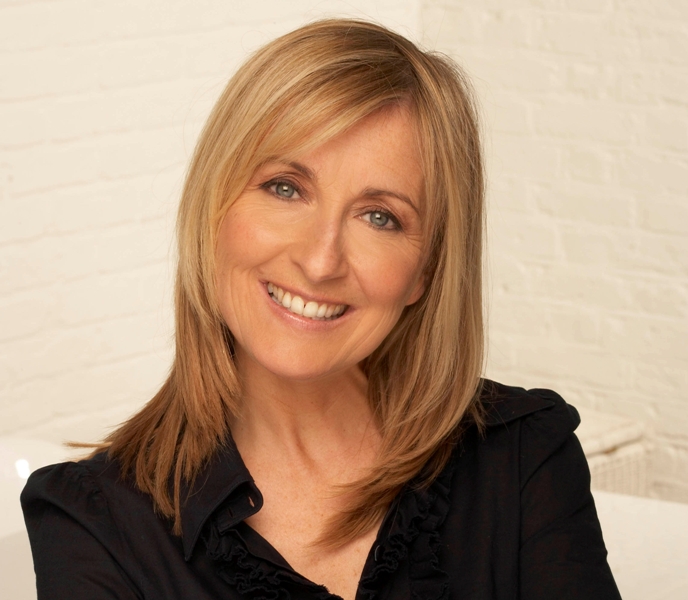 She was the friendly face of breakfast TV for more than a decade, but behind the smiles, Fiona Phillips harboured a secret struggle – slowly losing her mother, then father, to dementia. The TV presenter opens up to Enable about her alzheimer’s experience.

Imagine watching the person you love falling apart before your eyes. Bit by bit, the person you knew so well becomes a relative stranger, alone and confused and barely in control of their own mind and body.

Dementia affects 800,00 people in the UK at any one time. TV presenter Fiona Phillips’ parents Amy and Phil were two of them.

Amy started to show signs of Alzhiemer’s, the most common form of dementia, when she was in her fifties. She passed away in 2006, in a care home with her daughter by her side. When she was in the late stages of the illness, husband Phil started to show early signs of the same thing. He was eventually hospitalised and passed away in February of this year, at the age of 76.

Fiona, alongside brothers David and Andrew, had a happy upbringing in Southampton, with Phil working as a television company sales manager and former nurse Amy running their home. Her parents, Fiona says, had a huge impact on the person she is now.

“Mum was who I got my interest in people from,” she recalls. “She would just speak to anyone. She was from

Wales, a country girl, grew up on a farm – quite naïve really. We used
to laugh at some of the things she’d come out with. She thought the best of everyone. She was amazing. I loved her company.

“Dad was very quiet, quite shy – Mum was his mouthpiece really. A very intelligent guy. When I got older, about 18, we’d have a drink together and put the world to rights. They were brilliant parents. They instilled me with very good values – treat other people as you wish to be treated.”

However, the two people that Fiona describes are a distant memory. In
her fifties and being treated for breast cancer, Amy’s behaviour started to change. At the time, Fiona and her two brothers dismissed it as menopause or depression.

“We thought their relationship was in trouble too, which was why mum was acting oddly,” Fiona explains. “Their relationship was sort of breaking down, but it was because they didn’t know what was happening to them. It’s really sad. I wish I’d been around more so I could’ve seen what was going on. I do beat myself up about that sometimes.”

Guilt is a recurring feeling for Fiona. For not seeing what was happening.  For not giving up her high-pressure TV job sooner. For not taking her mum on herself, moving her instead to a care home. But, she says, Alzheimer’s was never something that she or her family suspected.

“After I had my first son, she came down, as dutiful mothers do,” Fiona explains. “Martin, my husband, went to meet her at the coach station. She was tearful, she looked odd – her eyes were different. She was a bit blank and cold. Eventually, she came to stay with us. She kept coming into our bed at night – she was having night terrors, her face was having involuntary movements. I just thought it was depression, her and Dad, menopause, the antidepressants she was on. She slowly but surely broke down.”

Amy had been going to see her GP, concerned about her mental state. She didn’t tell her family about the visits
– out of fear, stubbornness or simply because she had forgotten. Fiona found out that she was attending a day centre and went along to see what was going on.

“I saw her consultant and he told me that she had Alzheimer’s,” she recalls. “That’s literally how I found out. Which I’m still furious about. You’ll get a devastating diagnosis like that and there’s no tying up between the GP and the family and no advice on what sort of services you might need or you can take advantage of, what social care you need – what it all means.”

After Amy’s death in 2006, Phil started to decline. When Fiona visited him
at home in Wales, he wouldn’t let her into his house. When she did eventually get in, she was horrified.

A mattress lying in the middle of the living room floor, a skeleton hanging on the door, two brand new bikes parked in a corner – her father was living in squalor.

In 2008, Fiona gave up her spot on the GMTV sofa to focus on her family. She moved Phil from the family home in Wales to be closer to her, where she helped him live as independently as possible.

“You just do the best you can,” she says slowly. “I was getting three hours’ sleep, I was completely run down. I didn’t want to go out, I just turned everything down. I became a bit agoraphobic. I was shattered – very depressed, now when I look back. But when you’re in the middle of it, you just deal with it.

“Alzheimer’s is horrible. The person you love is suffering. Especially when they start not being able to control their bowel movements or move properly or talk – it’s just cruel. It lingers on and on and on. They’re frightened. The awful thing is, as a carer, you can’t do anything to reassure them or say they’ll get better. They won’t.”

Fiona believes that the elderly care system in the UK isn’t what it should be. From not being involved in her mother’s diagnosis right up to her care home which, she says, didn’t have the specialist equipment needed for people with dementia, she thinks there is room for improvement.

“The Care Quality Commission has to be looked at and restructured,” she says. “They did have a system of grading, excellent, good, poor. They changed that so now a home is either compliant or it’s not. There has to be proper training for carers. I think there should be a professional qualification, making caring something to aspire to and be properly paid for.”

These days, Fiona is an active supporter and ambassador for the Alzhiemer’s Society, a charity which acts as a lifeline for many people in the early, frightening stages of a  dementia diagnosis and beyond.

“Get as much information as you can,” Fiona advises. “Make your doctor and social services work for you. Use the Alzheimer’s Society as well. They’ll point you in the right direction. There are also Admiral Nurses, specialist dementia nurses. There’s not enough of them actually, only about 80 in the whole country, but they’re trying to raise money to get more. They at least offer a bit of respite and come into the house and look after your loved one, give you advice or just let you go out and get your hair cut or something.”

Now, almost six months after her father’s death, Fiona’s life is a different form of busy. While she misses her parents terribly, the stress and strain is gone for everyone. She’s still running around after sons Nathaniel, 13, and Mackenzie, 10, between the school run and getting them to friends’ houses. Work is flooding in too, in the form of TV shows, documentaries, writing work and, of course, speaking up about Alzheimer’s. And she’s no doubt doing Amy and Phil proud every step of the way.