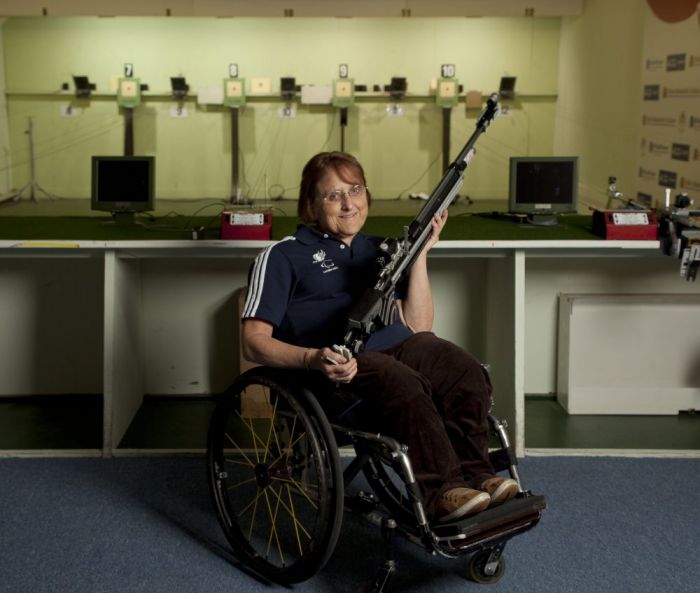 British Shooter Di Coates has been shortlisted for an award recognising “fair, honest and uncompromising values” by the International Paralympic Committee and could receive a special gold medal at the London 2012 Closing Ceremony on Sunday.

The 58 year old from Farnborough in Hampshire is Britain’s most experienced Paralympian having appeared in eight Games. She made her debut in Stoke Mandeville in 1984, making her the only member of Britain’s 2012 Paralympic or Olympic teams to have previously competed at a home Games.

She won two silver medals and a bronze at her first Games and has since raised her Paralympic medal tally to eight. She finished ninth and 42nd at her two events at London 2012, but has not decided yet whether to chase her dream of a ninth medal at Rio 2016.

The award is given to someone who is “fair, honest and uncompromising in his or her values, and prioritises the promotion of the Paralympic Movement above personal recognition”.

They will receive a tablet from Acer at the Acer pavilion on Friday and two winners selected by the foundation will be presented with a gold medal at the Closing Ceremony of the London 2012 Paralympic Games on Sunday 9 September.