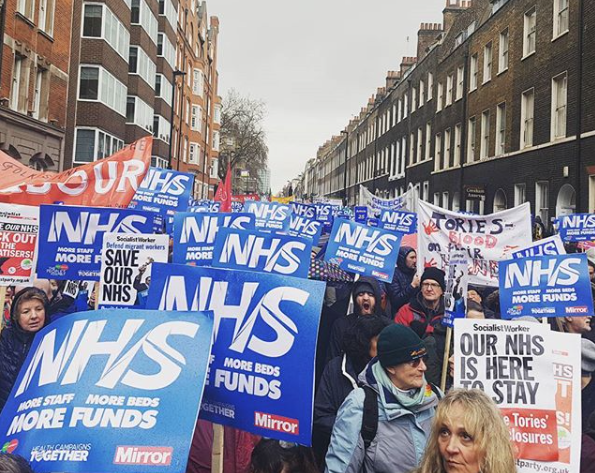 The demonstration, called “NHS in crisis: Fix it now,” was organised by two bodies, the People’s Assembly and Health Campaigners Together, and called for more funding for the NHS. What was called a “Winter Crisis” has now descended into a continual all-year round crisis that has stretched the NHS to the limits. Staff shortages, waiting lists that don’t move, and a lack of hospital beds and resources has left the NHS in intensive care. Saturday’s demonstration called for the government to address the crisis and provide more beds, staff, and funds to ease the problems. 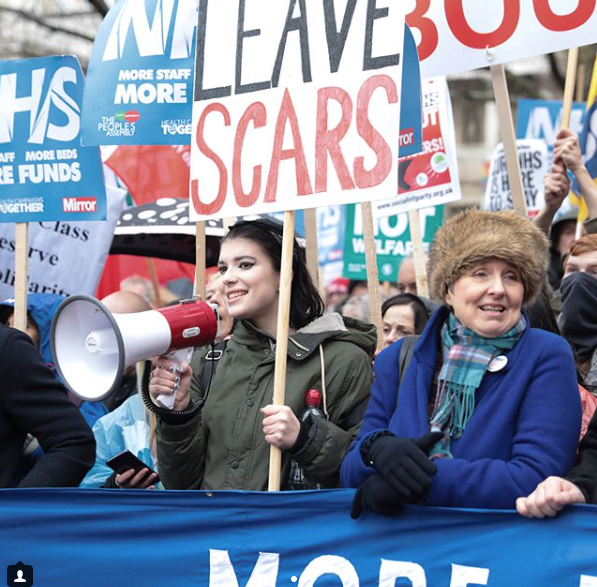 At the end of the march, speeches were given from people who have been personally affected by the NHS. Jamie, a disability rights advocate, attended the demonstration and spoke about how the NHS saved his life after he was injured in a car crash: “I owe my life to the NHS. There is a tragedy unfolding and the fact is that so many desperate people are traumatised, stigmatised and stressed by work capability testing.”

Tamsyn Bacchus, a Save Lewinsham Hospital campaigner, spoke about her fears that the NHS would turn into a user-pays health service like in the US. “I have faith, and so do all the folks here, that it’s so important that when you are ill, when your child is running a high fever, when you need the hospital or a doctor, you can get them without worrying about having to pay for it.”

For the majority of people with disabilities, the NHS is a lifeline. Privatising the NHS would turn the health service, essential to thousands of people to get by every day, into a commodity that will put making a profit before people’s lives, like any other money-making business. 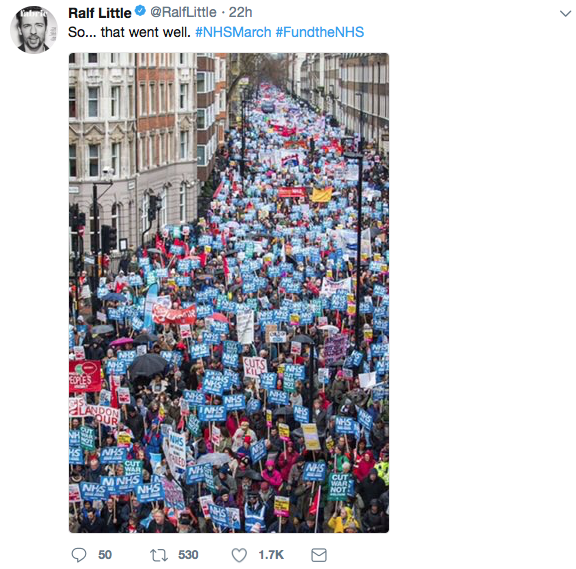 This year marks the 70th anniversary of the NHS. The People’s Assembly is organising national events to celebrate 70 years of providing free healthcare. Shadow health secretary Jon Ashworth attended the march and said: “We should be celebrating the 70th year of our NHS, yet the NHS is going through its worst winter on record. We have a fight on our hands for the future of a universally public NHS.”

Watch as the UK comes together to #ClapForOurCarers

Cannabis-based medicine to be available through the NHS