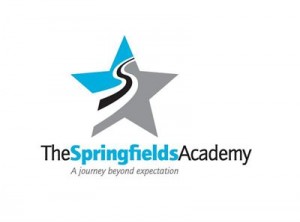 The Springfields Academy, the exceptional SEN Award-winning residential specialist academy, has become one of the first schools to achieve the highest accreditation as “outstanding” under the new framework launched in January, in a report conducted by OFSTED in February 2013.

This comes as no surprise: the Academy is a visionary educational institution like no other. Providing support for vulnerable children with complex learning difficulties and challenging behaviour, this specialist residential school is known for its world class standard of innovation in the educational sector.

The Springfields Academy is one of the first schools to be classed as Grade One, described as “outstanding”, under the new, more rigorous inspection framework launched in January 2013. Schools are now given just half a day of notice, or possibly less, before the inspection is due to begin. The grade system has also become harsher: schools achieving Grade 3, previously described as “satisfactory”, are now classified as “requiring improvement”.

OFSTED, the official national body inspecting educational standards, describes schools in the prestigious Grade One category as “outstanding” and “highly effective in delivering outcomes that provide exceptionally well for all pupils’ needs.” The Springfields Academy provides extensive academic and vocational opportunities for pupils, nurturing their education and interests. Pupils are enabled to develop their self confidence by demonstrating and building on their abilities, sharing it with their peers.

Trystan Williams, Principal of The Springfields Academy, commented “We are extremely pleased with our achievement in the OFSTED report. The effort of staff and pupils here is astonishing. We are all hugely proud, and we will continue to live up to this high level of recognition in years to come.”

Inspectors observed over 20 lessons, interacted with pupils, visited the academy’s farm, held meetings with senior staff, students and members of the governing body, scrutinized questionnaires completed by staff and parents, and thoroughly examined records documenting the effectiveness of the academy’s work.

The report stated all groups of pupils make exceptional progress from initially low starting points. Thanks to the carefully constructed learning programmes and to the extensive range of exciting sports offered by the specialist sports college, pupils’ engagement, confidence and teamwork skills have all increased.

A consistent progress in average point scores – the measure of comparing examination results between schools – has occurred at The Springfields Academy over the last three years. OFSTED noted a “substantial” improvement was made in 2012: some pupils took GCSE Mathematics early, and the introduction of BTEC National Diplomas is predicted to further increase pupils’ potential to attain higher qualifications.

The quality of teaching at The Springfields Academy was also marked as Grade One, “outstanding”: OFSTED reported that assignments were always carefully matched with students’ needs, and yet reflected teachers’ high aspirations for the children’s development. The report praised the teaching staff’s method of questioning the children in order to fully gauge students’ understanding, the use of modern technology and other modern resources, and the sense of discovery, excitement and trust instilled in the classroom.

OFSTED accredited the behaviour and safety of children at The Springfields Academy with the title of “outstanding”. The environment was described as “happy, friendly and courteous”, creating a sense of safety and trust in the staff’s behavioural management techniques. As an academy for pupils with complex learning difficulties and challenging behaviour, this particular comment shows the institution’s commitment to their vision of developing their social capabilities.

OFSTED considered the leadership to be “outstanding”, both in the academy’s internal environment involving the teacher-pupil relationship, and externally in providing for students with special education needs, locally and nationally. One of the many groundbreaking initiatives of The Springfields Academy is “The Extreme Classroom”, created by Principal Trystan Williams and Alan Chambers, MBE, Former Royal Marine Commando, a renowned, determined and inspirational figure most known for his expeditions in the Polar Regions. The intrinsic belief driving this project is that pupils excel when they are challenged, pushing them beyond the limits of expectation. The unique initiative presents an opportunity for pupils to develop self-belief, overcome adversity and prove a point to themselves and others who may have written them off. Vice Principal, Jon Hamp has lead and consolidated the development of this concept since its initiation.

Through The Extreme Classroom concept Trystan has the objective to raise awareness about complex learning difficulties and challenging behaviour: the project has become the subject of documentaries filmed and aired by the BBC. The Hottest Classroom on Earth expedition in 2012 involved an eight-day trip to the African Rift Valley in Tanzania, in which ten pupils gained first-hand experience of the nomadic lifestyle of the Maasai tribes people. In 2011, The Coldest Classroom on Earth saw four pupils trek near Arctic Circle. This year the selected students will face a Mount Everest Base Camp trek in The Highest Classroom on Earth, whilst plans for more of The Extreme Classroom programmes are in the pipeline.

The unique academy reaches several international locations. As a member of the Connecting Classrooms education programme, they have partnerships with Yanbu, the Vocational School in Nanhai, China, Ahmad Toqan School in Jordan, and CIEP Mane Garrincha School in Mage, Brazil. The partnerships have facilitated students, and teachers, to experience a world of different culture and language, visit the schools abroad, and establish valuable connections with the Internationally-linked schools. Plans have also been made to install video conferencing facilities for communication with other schools in countries across the globe, including Mexico and Texas.

By working with international partner schools and delivering a global dimension to curriculum-based work, The Springfields Academy achieved the full award level of accreditation from the International School Awards in 2009.

The key to flexible learning