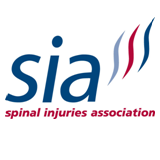 SIA support all those affected by spinal cord injury by advising, educating and campaigning on their behalf. Established in 1974 by Baroness Masham, the charity’s vision is that all spinal cord injured people receive the specialist treatment, care, rehabilitation and support they need to be fully integrated and empowered participants in society.

Williams and SIA have had a long association and this is a formalising of the existing relationship between the two organisations. Williams Founder and Team Principal, Sir Frank Williams, became spinal cord injured following a car accident in 1986 and received support from SIA as he recuperated and returned back to work, subsequently leading the Williams team to 12 Formula One World Championship Titles. Sir Frank and the Williams organisation have stayed in close contact with SIA ever since, with Deputy Team Principal Claire Williams a member of SIA’s Annual Awards Committee and the team hosting events for SIA at its Grove headquarters. As part of this increased commitment Williams and SIA will be working together to raise awareness of the charity’s work.

Speaking about the announcement Sir Frank Williams said; “My family and I have had close direct contact with the amazing work that SIA do to help those with a spinal cord injury and the charity has always been close to the hearts of those at Williams. We are now formalising our relationship and using my own experiences to help spread the word that with the right support you can lead a full and fulfilling life after injury.”

Michelle Howard, Chair of SIA added; “We are absolutely delighted to become Williams’ Official Charity Partner. Sir Frank Williams and Claire Williams have always been such wonderful ambassadors for the work that we do. Our partnership will help to raise the profile of the work we do to provide support to spinal cord injured people from the moment a spinal cord injury happens, and for the rest of their life.”

Find out more about SIA at www.spinal.co.uk