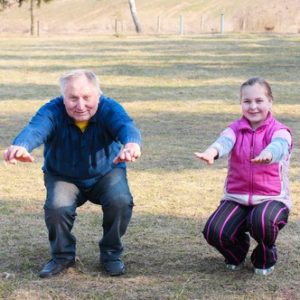 Given that autism is a complex neuro-biological disorder, it wouldn’t surprise you that the majority of therapies to help those with the condition centre on cognitive and behavioural methods. Because the major identifiers of autism are problems with communication and socio-emotional engagement, many approaches focus on these areas in an effort to improve the individual’s day to day life. However, an increasing amount of research is indicating that physical activity and sports could also play an important role in autism support.

A large number of people with autism have reduced motor skills that affect factors such as balance and posture, which in turn makes everyday physical activity such as walking, running, pushing and pulling more difficult. The sharp increase in stimulus that accompanies most sports and exercise can also prove difficult for individuals to cope with. It is believed that this is a major cause for the increased incidence of being overweight in those who suffer with autism.

The physical side effects of being overweight on the general population, as well as the accompanying self-esteem and anxiety issues that can arise, are well known and these problems can lead to a dangerous cycle for sufferers of autism where their existing social problems are exacerbated.

Several studies have shown that, aside from the obvious health benefits, a structured exercise programme also helps to reduce some of the negative behaviours prevalent among individuals with autism. It has been noted that the incidence of repetitive actions such as rocking and hand shaking as well as aggressive and self-harming behaviours are often decreased and controlled when individuals follow a routine of running or swimming.

Along with the physical benefits, engaging in sports also offers the opportunity for autistic individuals to benefit from socialising, be that with team mates or with personal trainers.

Interestingly one possible reason for the positive outcomes is thought to be the effect of exercise on the hippocampus, an area of the brain often proportionally smaller in autistic individuals. Exercise has been shown to increase the size of the hippocampus and also stimulate brain cell growth, which could explain why physical activity can be so beneficial for people with autism.

With careful guidance, physical activity can become an enjoyable experience for those with autism and the health benefits for them can have a lasting impact on their lives. If you’re unsure where to start then contact an autism support charity for further advice.

United Response is a national charity that supports people with learning disabilities, mental health needs and physical disabilities to take control of their lives.

Find out more about the services United Response can offer people with autism at www.unitedresponse.org.uk/what-we-do/autism/.