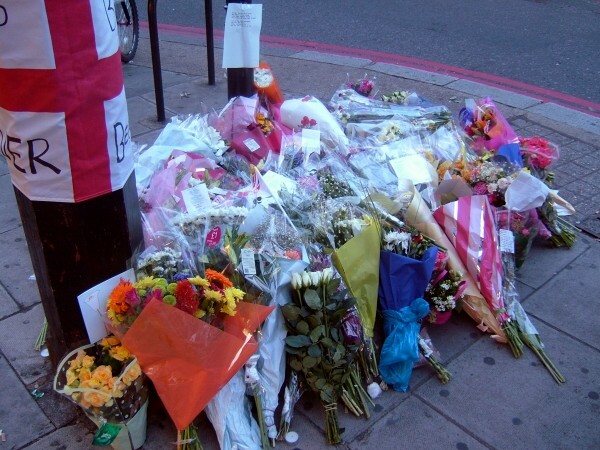 When Dan Biddle made his way to work on 7 July 2005, he had no idea that the man sitting just six feet away from him on the London Underground would change his life forever. Six years on, Dan shares his story with enable.

Dan Biddle thought it was just another Thursday. The project manager was set to get out of bed and go to work on an NHS construction site in Wembley, but a pounding headache made him think twice. He headed back to bed to see if it would clear.

An hour later, he emerged from under the duvet and decided to get ready for work. It was a decision that would change his life.

After his bus to the train station got stuck in traffic, and with Romford station’s ticket machines down, he was running over an hour late.

After queuing for his ticket, Dan ran to the platform. A train pulled up, but every carriage was full. He glanced up at the board. The next one was in three minutes.

The next train pulled in, he climbed aboard and brought out his mobile to text a colleague. He would get off at Baker Street and switch trains onto the Bakerloo Line to get him to Wembley. He stood by the doors of the second carriage, clumsily entering the message into his phone.

By the time he looked up, the train was pulling out of Baker Street. He’d missed his stop. Frustrated, he looked up at the Tube map to find an alternative route. He noticed a young Asian man sitting a seat away from where he stood. At 9:17am, as the train entered the tunnel beyond Edgware Road, the man looked up and reached into the backpack on his knees.

“There was a massive white flash and this sound like somebody tuning a radio,” Dan says. “Then I was outside the carriage with the train door on top of me.”

The young man was Mohammed Sidique Khan, one of four British suicide bombers who brought London to a standstill on the morning of 7 July 2005. The Edgware Road blast killed six people.

The three other men – Hasib Hussain, Jermaine Lindsay and Shehzad Tanweer – detonated two more bombs on the city’s Underground network and a fourth on a busy commuter bus within an hour of each other that morning. 52 lives were lost, and a further 700 injured.

Dan, now 32, was the most seriously injured survivor of the London bombings. Standing just six feet away from Kahn, he was thrown out of the train in the blast and pinned down by the train doors.

With 7/7’s sixth anniversary approaching, Dan can still remember every detail of that morning. “My first thought was that the doors had given way and I’d fallen out of the train,” he recalls.

“It was kind of surreal. Straight after the explosion, it was totally silent. You could have heard a pin drop. Slowly, there was a crescendo of noise. People screaming, shouting for help. And then it was just absolute chaos.”

With the emergency lighting in the tunnel, Dan took in the carnage around him. He could see that the train carriage had been torn apart as if it was made of flimsy aluminium, people struggling inside to escape and bodies lying motionless.

“I put my hand down to touch my left leg under the door,” he explains. “But I was actually touching the ground. My leg had been taken clean off near the hip.

“I pushed my hand along my right leg. The bones had protruded through the skin. The lower part had been blown round 180 degrees, so my toes were digging into the ground. 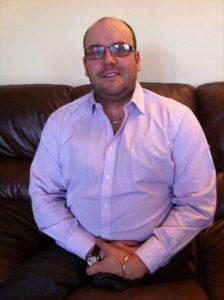 I NEED A HERO

On the opposite track, a passing train had also come to a standstill. One of its passengers, Adrian Heili, climbed out to see what had happened.

“Adrian heard me screaming,” Dan says. “He shouted back, asked me my name and told me his. Then he came to get me.”

Adrian crawled under the train to Dan. Having done military service in his native Austria, he’d had training in emergency First Aid. He saw how heavily Dan was bleeding and, without a second thought, pinched the gushing femoral artery in Dan’s left leg.

“People were stepping over me to get out of there,” Dan says, matter-of-factly. “But Adrian ran headlong into something that everybody else went running away from. We’re great friends now, we still talk about it. He doesn’t think he did anything special. That’s what makes him a true hero.”

For an hour and a half, they waited. Adrian kept talking to Dan about football, rugby, their families – anything to keep him alert and alive. Paramedic Graeme Baker arrived, and Dan was stretchered out of the tunnel with the help of Adrian and off-duty tube driver Lee Hunt.

“I thought I was going to die down there,” Dan says. “I wasn’t frightened, because to be brutally honest with you, I was quite happy to accept anything that got me out of that hell. I knew how badly hurt I was. My biggest fear was dying alone.”

When he arrived at St Mary’s Hospital, Dan went into cardiac arrest. Medics revived him, but he had a second heart attack in the hospital’s CT scanner, and a third in surgery, when surgeons had to open his chest and manually massage his heart to bring him back to life.

Dan’s right leg was damaged beyond repair and had to be amputated. Doctors dealt with the stump of his left leg, removed his spleen and also his house keys and spare change, which had been in his pocket and imbedded into his leg with the force of the explosion. In a later surgery, he had to have his left eye removed.

Dan was kept in a coma for eight weeks to allow his body to heal. His family and fiancée Lisa were constantly by his bedside, willing him to pull through.

“A week or so after I came out of the coma, the consultant came and spoke to me,” he says. “I can remember him standing at the end of my bed and he said to me: ‘Dan, I’m really sorry, but you’ve lost both your legs.’ I just shrugged. It didn’t really matter. I didn’t think I’d get out alive.”

Slowly, Dan started to improve. He made it out of intensive care into a high dependency unit, and then onto a vascular surgery ward.

“That’s when it hit me what had happened,” he says. “It was about two o’clock in the morning and I wasn’t sleeping because of the nightmares and flashbacks. I just burst out crying.

“For about an hour, I sat there and cried like a baby. Then I thought: ‘What’s the point in that?’ What I had to do was look at what I could still do.”

Dan was moved to Roehampton, a rehabilitation hospital, to prepare him for life with a disability. In Roehampton, Dan started to regain his strength, even learning to walk with prosthetic legs, albeit painfully. Every night, Lisa made her way to the hospital from Essex to visit.

The pair had been due to marry in August 2006, but the London bombings had put that on hold. When Dan was discharged from Roehampton, 51 weeks after the blast, Lisa got back to planning their perfect wedding.

When they made it down the aisle in August 2007, Dan used prosthetics to stand at the altar with his bride. Looking on was Adrian, Lee, Graeme and some of the nurses and physiotherapists who had cared for Dan while he was in hospital.

“To have all those people there just made it extra special,” he says. “It was probably one of the best ways that I could say thank you to them, to see what they helped me achieve, standing up and getting married.”

In September 2006, Dan went back to work as a building site project manager. Financially, he had no choice, being awarded just £118,000 in compensation. At work, he struggled to adjust and soon handed in his notice to pursue a new career path.

“When I saw how difficult things were going to be, I thought: ‘I have a skill set in construction, and I now had a disability, so why not put the two together and try and make environments more accessible for people?’”

Dan retrained as an access consultant, working with companies to make their buildings, workplaces and grounds easier to use for people with different needs. He is now one of three registered access consultants in the UK and delighted to be using his expertise to help other disabled people.

“It may sound funny, but adjusting to life with a disability is just finding new ways to do things,” he muses. “The actual disability side hasn’t been that bad, compared to what happened to me, what happened to other people and what I witnessed. The nightmares, memories, flashbacks and feelings of guilt for surviving, that’s the hard thing to deal with.”

In April, the events of the London bombings were brought back into the spotlight with the death of terrorist leader, Osama bin Laden.

“I tend not to allow things like that to take up any of my time,” he says slowly. “To me, thinking of people like that means they still have some control over my life.

“They got a year of my life. The next 50-odd are mine. I fought a long hard battle to be Dan Biddle first, husband, father and access consultant and then 7/7 survivor. I’ll never let 7/7 overtake who I am.”