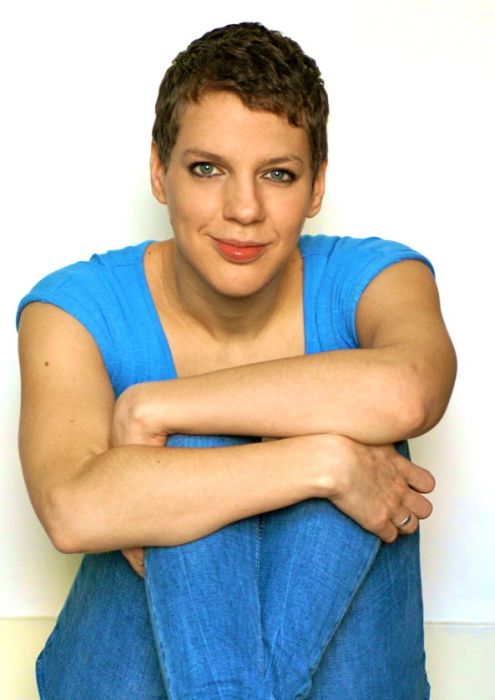 Francesca Martinez is an award-winning ‘wobbly’ comedian, actress and writer. In anticipation of her performance at Naidex, on 1 May at the NEC, the Naidex team spent ten minutes in conversation with the funny and extremely passionate lady…

What does coming to Naidex National mean to you?

It’s really exciting to be involved, it’s such a huge event and hopefully it will attract people from all around the country. I’m really looking forward to performing to a varied audience, of all ages, backgrounds and with different abilities. I feel passionate about that. I really love inclusive events that encourage diversity and people of different abilities together. I hope lots of people get to come and enjoy the event and enjoy the comedy.

Do you think the British businesses that create assistive technology have upped their game in recent years?

I use a computer and an adaptive car, which have been incredibly helpful in my life, I feel very grateful for that technology. And the tech has improved hugely in the past five years. However, I feel that people’s biggest difficulties aren’t because they don’t have the equipment, the main problem is attitudes and perception. For me, I don’t think there are ‘normal’ or ‘disabled’ people – we’re all along a line, a spectrum. That’s why I challenge attitudes in my work.

What advice would you give to young people looking to break into the media, who are living with a disability?

I don’t think the answer is very different to the advice I’d give anybody, abled or disabled. It’s having that passion that really counts. When I was a kid, I always wanted to be a performer. Didn’t want to do anything else, really, no plan B! I’m lucky that I have very supportive parents and all my family are in the creative arts. They never discouraged me by saying I’d be condemned to a life of poverty [laughs]. I’m a big believer in encouraging people to pursue what they’re naturally drawn to. If you do have a burning desire to perform, you should give it a shot. If it doesn’t work, you can reassess, the worst thing to have is regrets. In a nutshell, I think you need real determination and some level of self-belief, because you get a lot of knock backs, particularly if you’re different in some way.

It’s also important to tune into what you feel your talent is. If your dream is to act, which mine was, a really good way of getting out there is by creating work yourself. Give stand up a go. Create a theatre group. Take back the power, and invite people in the industry to come and see it! Casting directors and people in the media need help in broadening their perspectives. For most people it’s a long process, you don’t get spotted overnight. I started from the bottom, doing tiny gigs above a pub, to show people what I could do – I did it for the love of it.

Do you think you’ve helped change a disability into a positive?

In comedy I found being wobbly was a bonus, because it gave me a unique perspective, it made me immediately stand out. People are intrigued. For me, it was incredible to feel that my disability was a positive, it was really the first time I had felt that, and it’s very powerful. It gave me something valuable, gave me a point of view that wasn’t perhaps as known. Being different can be an advantage and learning to view it as a positive had a transformative effect on me. My confidence grew in leaps and bounds.

Do you think there are enough people with disabilities in the media? If not, what would you suggest needs to be done to change this?

There’s been a little bit of change, but it’s been incredibly slow. When I did Grange Hill it was seen as quite a big deal. And yet there’s not been a markedly huge difference since. A lot of popular shows don’t have many people with disabilities on them. Although I’m super happy that Lisa Hammond has just been on Eastenders. She’s been in talks with them for the past 20 years, so it’s fantastic. Unfortunately, there’s still a fear over how audience will react, but that’s completely unfounded, as the Paralympics showed us.

Naidex National takes place at NEC Birmingham from 29 April to 1 May 2014 and over 10,000 visitors are expected at the show’s fortieth anniversary. It is the UK’s largest disability, homecare and rehabilitation event for those working in healthcare and for people seeking the latest assisted living devices.