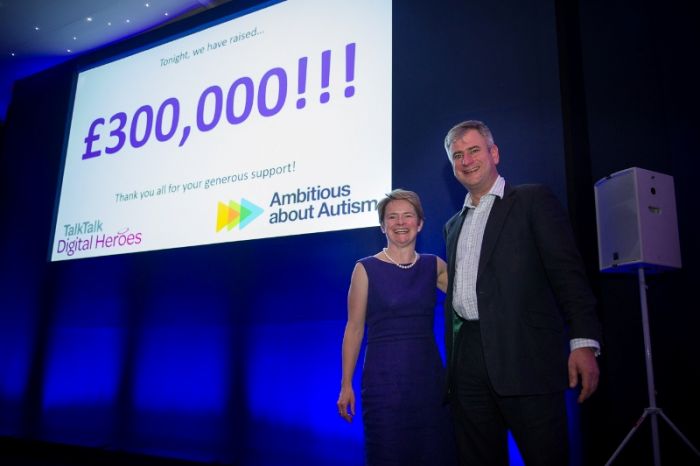 £300,000 was raised for Ambitious about Autism, the national charity for children and young people with autism, and the Digital Heroes Foundation at the TalkTalk Digital Heroes celebration evening.

The TalkTalk Digital Heroes celebration evening took place last night (14 November 2013) at the Pavilion at the Tower of London. Over 290 guests raised £300,000 – 80% of which will go to Ambitious about Autism – on the evening, which included bidding for a variety of auction lots. Highlights included: 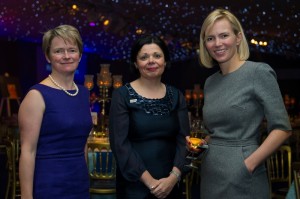 The evening raised money for Ambitious about Autism’s online community Talk about Autism – which started through TalkTalk’s generous support in 2009 – and our other services. Talk about Autism is for parents, carers, family members, people on the autism spectrum, and professionals to share information and experiences and to provide each other with support. The digital project reaches over 150,000 people a year across the UK.

“We are thrilled so many of our friends and TalkTalk’s business partners were able to join us at the TalkTalk Digital Heroes celebration evening. The event has been a huge success and raised an amazing amount of money for children and young people with autism. We are really grateful to TalkTalk for continuing to support our online community Talk about Autism because we know how vital the service is to parents and carers. We would like to thank all the donors of the exciting auction lots, as well as the very generous bidders.”

“We were delighted to host our fourth annual charity evening for Ambitious about Autism, and it was great to be joined by so many of our business partners, who had a lot of fun bidding for the lots. We raised more than £300,000 and announced the launch of a new TalkTalk Digital Heroes Foundation, to support projects using technology to benefit local communities.”