The creative arts have always been a haven for inclusivity and celebrating diversity – and autism has played an increasingly high-profile role in TV dramas in the UK and across the pond. But can our television sets ever accurately depict life as an autistic person? 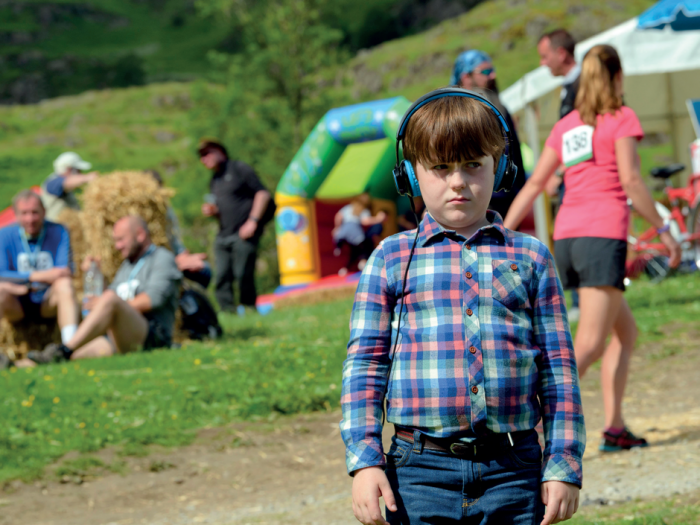 Around 700,000 people across the UK are autistic, meaning they see, understand and interact with the world in a different way. Communicating can be challenging, learning can cause issues, and everyone has a different experience of autism.

As the autism spectrum is so varied, it can be hard to paint a clear picture of traits and challenging behaviour associated with autism. Regardless of gender, ethnicity or location, anyone can be autistic, and it is not a one size fits all disability. For this reason, more needs to be done in terms of public understanding.

“There is a gap between awareness and understanding, which is always great for storytellers because there is an interest and then a space to be filled by stories, by real life and by proper experience that fills out a public interest in something closer to understanding,” says Tom Purser, head of campaigns for the National Autistic Society. In recent years, autism has been a topic that has been increasingly highlighted within the creative industries.

Some TV shows have represented the autistic community well, and some have not. The BBC is continually working to embrace diversity with intriguing and factual dramas, documentaries and TV series. Leading the way in accurately representing the autistic community, the BBC has recently shown two shows that are changing the script in autistic storytelling.

In 2017, Paper Owl Films created Pablo, a children’s show mixing reality and animation together. Pablo is an autistic young boy who can sometimes find everyday experiences challenging – and this is where his crayons come in handy. Creating an animated world around him, Pablo and his animal friends work together to figure out the confusing or challenging moments happening around him. The show has already been a great success on CBeebies because of its honest portrayals of autism.

CBeebies programme executive Sarah Legg-Barratt explains: “I think Paper Owl Films took great care in ensuring each of Pablo’s friends had a clearly recognisable trait. They really wanted as many traits as possible to be represented on screen, but without it being limited to one character. I think this was a brilliant idea as autism can be very broad. There’s a saying, if you’ve met a person with autism, you’ve met one person with autism. No two people experience autism in exactly the same way.”

Pablo is just one of the BBC’s shows depicting autism to viewers. Now in its second series, The A Word has also been praised by the autistic community, families and charities alike for its refreshingly honest portrayal of themes like diagnosis, family dynamics and finding specialised schools.

“The fact that the BBC are redrawing that definition of programme making is really welcome. I think for autistic children who are watching Pablo, they will see themselves represented on screen and in their stories,” says Tom. “It is actually really positive because they may grow up being the only autistic child in the school, and knowing they are part of the 700,000 people in the UK who are autistic, and knowing you’re part of that at an early age, is really important.”

Creative direction is not void of criticism, and some shows have missed the mark on fair representation. American shows Atypical and The Good Doctor have interesting plots, with humour mixed in with drama, but some people have commented that characters are too stereotypical. One reason the BBC may be succeeding in their portrayals is because autistic people get involved in the entire creative process.

Part of Pablo’s success is in the fact it has an autistic-led cast, and is based around true-life experiences of the autistic community. It is all very well highlighting moments that people associate with autism, but it is another to delve into the way an autistic person understands and processes information.

“[Andrew] listened to their life experiences, and coached them to write scripts for the show. Most of the episodes are based around real-life experiences, which gives it authenticity. Then on screen, it was important that the characters were played by people who are on the autism spectrum in order to accurately portray what autism is,” explains Sarah. Using the voices of the autistic community has not gone unnoticed amongst the public, who are praising Pablo.

Sarah adds: “Parents of children with autism have fed back really positive comments about portrayal, or highlighting aspects that are similar to their child. One mother said she cried when she saw Pablo flapping as it was just like her son, who grinned and flapped along whilst watching.”

Experiences such as this reveal that Pablo and The A Word have embraced their opportunity to represent a community that people still don’t fully understand. As Tom adds: “Autism is universal – there are lots of stories to be told.” And it is in the hands of programme makers to put their skills and platforms to good use.

Encouraging an open dialogue on autism is the first step towards improving knowledge and acceptance. That small child you see in the street might not be having a tantrum; they may just process the world around them differently. Put yourself in Pablo’s shoes and step into an animated world, figuring out the A word.

The BBC is continuing their work to highlight autism with more shows, short films and documentaries commissioned. Discover more at www.bbc.co.uk.

Autism Hour: On the clock