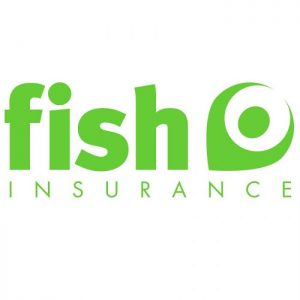 The extent of negative public perceptions towards people with so-called “invisible” disabilities has been highlighted in a national study.

In a survey commissioned by disability insurance specialist, Fish Insurance, 39 per cent of people said someone who displayed a valid Blue Badge but did not appear to have difficulty walking should not be entitled to park in a disabled parking bay.

A further 18 per cent thought even blue-badge holders who displayed some difficulty walking, such as those with a limp or prosthetic limb, should not be allowed to use disabled parking facilities.

The findings suggest a negative bias towards those who have disabilities but do not use mobility aids – despite figures from the Papworth Trust revealing that the majority of impairments are not visible.

In fact, less than 8 per cent of people registered disabled in the UK use a wheelchair.

Anyone who experiences problems with mobility and using public transport is entitled to the Blue Badge scheme. Mobility issues can affect the arms as well as the legs and can be caused by a range of “invisible” disabilities, such as Multiple Sclerosis (MS), Fibromyalgia, and Chronic Fatigue Syndrome, which aren’t always obvious or can flare up without notice.

In some cases, Blue Badges are also issued to people with terminal illness, people with mental illness, or people who need to be accompanied by bulky medical equipment.

John Garrard, managing director at Fish Insurance, said: “The survey results demonstrate that prejudice or ignorance surrounding so-called “invisible disabilities” is still prevalent. It’s clear that a worrying proportion of people have fixed notions of what constitutes a disability; usually that disabilities and mobility aids always go hand in hand.

“While we have to accept there have been instances where able-bodied people have abused the Blue Badge scheme, the fact remains that the majority of disabilities are not visible and we must deem a valid permit as proof of eligibility. Demanding further proof is harassment, and is likely to leave a person with invisible disabilities feeling isolated, marginalised, or victimised.”

The survey also revealed attitudes varied across the UK. The North East of England was by far the most tolerant region – only 17 per cent of people said a person who could walk but displayed a valid Blue Badge should not be entitled to disabled parking, followed by Northern Ireland (21 per cent.)

It’s in sharp contrast to the south of England – 57 per cent of people surveyed in London held this view, as well as 44 per cent in East Anglia.

Men were also less accepting than women. Almost half (43 per cent) felt non-wheelchair users with a valid permit should not be entitled to priority parking, compared to 36 per cent of women.

And 46 per cent of the people aged 65 and over felt the same way, despite people within this demographic being most likely to experience mobility issues of their own.

The Papworth Trust report says more than 20 per cent of disabled people have experienced harassment in public because of their impairment. There are increasing reports in the press of disabled people being attacked by those who don’t perceive them to be disabled, or “disabled enough.”

John Garrard added: “Misunderstanding based on ignorance has created a level of prejudice and injustice against people with disabilities which can’t necessarily be seen. These findings will hopefully be a wake-up call for people to learn more about the wide range of conditions which affect so many people in the UK.

“The only way to combat unsympathetic attitudes is to raise awareness, and it’s important to make visible the issue of invisible disabilities.”

Fish Insurance surveyed 1,000 people across the UK. The company has been providing specialist insurance for people with pre-existing medical conditions, disabilities or mobility issues for over 40 years, with 80,000 policyholders in the UK.

For over forty years Fish Insurance has been providing specialist Insurance in the UK for people with pre-existing medical conditions, disabilities and mobility issues. Fish has long-established relationships with the UK’s leading insurers enabling them to design cover that best suits the needs of their policyholders, and, through an expert appreciation of risk in their sector, offer best value. Fish Insurance is a trading style of Fish Administration Ltd. which is authorised and regulated by the Financial Services Authority. www.fishinsurance.co.uk

Coronavirus: millions necessary to get stroke research back on track