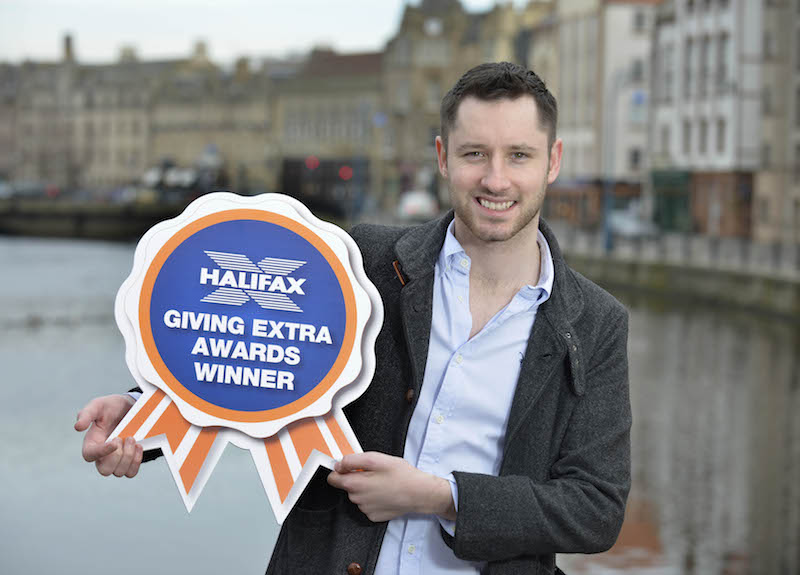 More than 10% of this year’s 67 Halifax Giving Extra Awards winners support disability projects or help people with disabilities in their communities.

Stockton on Tees’ Ruth Benson has been recognised by the local panel of the Halifax Giving Extra Awards for the fantastic work she has done to support disabled children in Teeside by setting up and running the charity SNAPS (Special Needs Activities with Parent Support).

Nominated by Amanda Notman, who attends the group with her child, Ruth has gone above and beyond for the people in her community. The Giving Extra Awards is a key programme through which Halifax helps the Group deliver its Helping Britain Prosper Plan and its commitment to be the banking Group that brings communities together to help them thrive.

SNAPS supports children and families across the whole Tees Valley area, providing activities and support for the whole family. Ruth has been running SNAPs for the past 15 years. Last summer SNAPS supported over 2,300 people from across the area.

Ruth said: “I was overwhelmed and very, very pleased to even have been nominated, and I am over the moon to find out I won. I want to thank the many, many people who give their time to help me – as the group SNAPS could simply not happen without them.”

Edinburgh’s Gordon Aikman, nominated by his friend and fellow campaigner Lawrence Cowan, has also won a Halifax Giving Extra Award. Gordon has been recognised for his inspirational fundraising and campaigning since being diagnosed with Motor Neurone Disease (MND).

At the age of 29 Gordon was diagnosed with Motor Neurone Disease.  In the next year it is likely he will lose the ability to eat, talk, walk and breathe.  It will kill him. He launched the “Gordon’s Fightback” campaign to fund a cure and fight for better care for people with MND.  In the seven months since his diagnosis he has raised over £220,000 for MND research; and raised a huge amount of profile for the fight against the disease.

Gordon said: “I am absolutely delighted. This award is testament to hard work and generosity of the thousands of people who have got behind Gordon’s Fightback. With less than 100 days to go until the General Election, I am calling on all political parties to promise to double MND research funding. It is simple: the more we invest, the quicker we will find a cure.”

David Nicholson, Group Director, Halifax Community Bank, said: “As the bank that is committed to helping Britain prosper by bringing communities closer together, we believe that we should recognise and celebrate people like Ruth and Gordon who are catalysts for positive and lasting change. We’re proud to give extra back to a worthy winner with this Award.”

Halifax continues to recognise those who are always going the extra mile for people in their community with the Halifax Giving Extra Awards. Halifax branches received thousands of nominations, which ranged from.

Nominations for the Halifax Giving Extra Awards, in association with Global’s Capital and Heart brands, were made online or in Halifax branches throughout October and November, and judging took place in January.  www.halifax.co.uk/givingextraawards #GivingExtraBack.

Charity to collaborate with Google to 3D print wheelchair parts