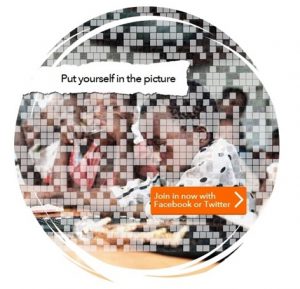 Since the online launch of Sightsavers’ Put Us in the Picture campaign in February, the development charity has seen a surge in public support for the cause with over 13,000 people signing the online petition.

They are all backing Sightsavers’ call on the current UK Government to put people with disabilities ‘in the picture’ by including them in international development plans.

Of the billion people worldwide who have a disability, the vast majority – 80%, live in developing countries.

People with disabilities represent some of the most excluded and difficult to reach of all groups in the community. They are less likely to have access to healthcare and education, and in turn find making a livelihood and escaping poverty that much more difficult, if not impossible.

15-year-old Nabirye from Uganda lost her sight aged nine, following an infection, and had to drop out of her school immediately as it didn’t have the equipment or teachers needed to support students with disabilities such as hers.

Since then, her life has been very different: “I felt so bad leaving school. Now I don’t do anything, I just stay at home. When I was at school I liked science and English, I wanted to be a lawyer, but I have been a long time out of school now so I don’t think I can anymore.” At 15 years old, she still has enormous potential, but with every day out of education a bit more of it is lost.

Only by actively including people with disabilities in wider development plans can eliminating extreme poverty become a realistic aim.

As well as supporters using their Facebook or Twitter profile picture to ‘put themselves in the picture’, Sightsavers is asking people to sign an online petition to put pressure on the Government to show their commitment to improving the lives of those living with disabilities in developing countries.

“We’re delighted with the response so far but we only have a short window of opportunity to build on that to ensure that whatever the Government’s decision we hold them to account, so we’re asking people to share this with friends and family to show the Government just how much people care that UK aid reaches the poorest of the poor.”

Sightsavers is a registered UK charity (Registered charity numbers 207544 and SC038110) that works in more than 30 developing countries to prevent blindness, restore sight and advocate for social inclusion and equal rights for people with disabilities.  www.sightsavers.net

A quarter of young people with autism are not in education, employment or training