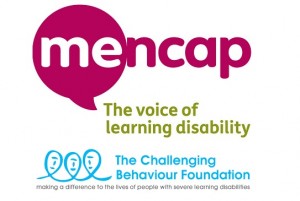 Today, 26th November, The Transforming Care and Commissioning Group (TCCG) produced its final report, including a proposed framework for local commissioning. The work has been led by Sir Stephen Bubb (ACEVO), working with key stakeholders on the TCCG, including Mencap, The Challenging Behaviour Foundation (CBF), the National Forum for People with Learning Disabilities, the National Valuing Families Forum and others.

The report was commissioned by NHS England to support and enhance existing activity, to ensure thousands of people with a learning disability who are still stuck in Assessment and Treatment Units are supported to move back to their local community.

The key recommendations of the report include the following:

Mencap and The Challenging Behaviour Foundation, who have campaigned jointly on action needed after Winterbourne View, welcome the report, but insist there needs to be  a robust action plan and urgent change on the ground to see it deliver on its recommendations.

“We welcome much of what is included in Sir Stephen Bubb’s report, but it must now lead to a clear plan and urgent action. Change to commissioning practices and development of local services is needed to support people to move out of Assessment and Treatment Units and back into the community. NHS England and the government need to explain how they will act on these recommendations, especially in the light of the Minister for Care’s recent announcement of a forthcoming government ‘Green Paper’.

“People with a learning disability and their families have been repeatedly let down by the failure to achieve the change we all want to see. The quarterly data that NHS England published earlier this month showed that for a fourth quarter* more people with a learning disability are continuing to be admitted to inpatient care than are coming out. Although more people now have a discharge plan the data shows large numbers of people having to wait years to return to their local community, which is not acceptable.

“This was meant to have been achieved by June 2014, but the deadline was missed.  Earlier this week, we heard the coroner’s judgement on the death of Stephanie Bincliffe, who tragically died in an Assessment and Treatment Unit in 2013. She was a young woman with her whole life in front of her and her family have been devastated by her loss.  But they are not alone; other families have lost loved ones in in-patient settings.  We also know these are places where people at are significant risk of abuse and neglect.  It has been almost four years since Winterbourne View, and in that time there have been countless meetings, many reports and strategies, but little has improved and families are still fighting to get their loved ones back into the community.  NHS England, working with their partners in government and local authorities, must now lead on enacting these recommendations as a matter of urgency. Anything less and they will have grossly failed the most vulnerable people in our society.”

Chris, 22, has Autism and Severe Learning Difficulties. For more than 3 years he has been detained in an Assessment and Treatment Unit run byCalderstones NHS Trust. His mother wants him to be moved out to somewhere that is near his loving family. She is extremely concerned for his safety. A safeguarding investigation concluded that Chris had suffered ‘institutional abuse’ and he had been hit by staff. Further claims by a whistleblower stated that they had witnessed Chris being spat at, kicked at, hit in the chest and had sanitiser sprayed into his eyes.

“Chris was sent to a hospital as the Local Authority and NHS said there was nowhere else for him to go. He is now trapped in this unit and can’t get out.”

“My beautiful son has many amazing attributes. He is funny, lively and has great potential yet there he is, isolated in a flat in a hospital with only paid carers around him. He has been denied education and has no peers. Behind closed doors Chris has suffered terrible physical and psychological abuse and on a day to day basis he is starved of stimulation and given high levels of medication and physical restraint. He has no life, he simply exists and yet his service is bewilderingly expensive. My son continues to languish in what is effectively a ‘holding’ bay’. Chris has no voice so we make our concerns known but we are ignored and shut out. I want him to be near his home and family, so we can make sure he is safe and is given the opportunity to live a life.”

About The Challenging Behaviour Foundation

New services for blind people in the west of Scotland

Fostering with Together Trust

Raising your voice during Carers Week 2020