As the Glitterball trophy glimmers and dancers Rumba, Cha-cha, and Salsa onto the iconic Strictly Come Dancing ballroom, the show continues to make waves for disability inclusion in the media. Paralympian Lauren Steadman is not letting her lower arm amputation hold her back from success. 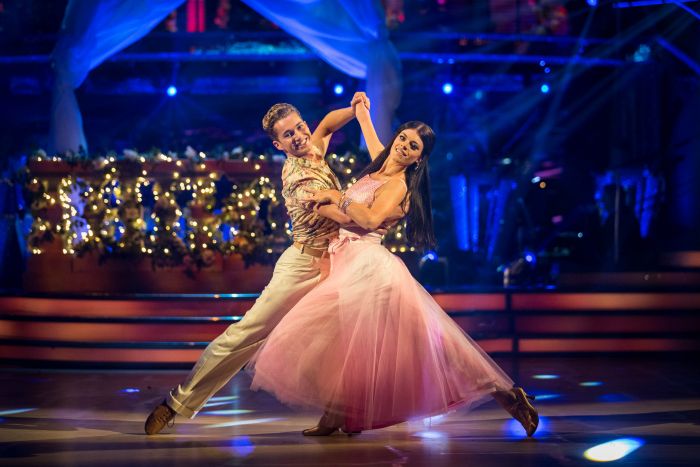 Going back to the very beginning, when did you first get interested in sport?

I’ve just had a love for it for as long as I can remember. Anything to do with sport as a child and I wanted to be involved. My international swimming career started when I was eleven – that’s when I did my first disability competition.

Did you face any challenges because of your disability, or is the sporting world more accessible than it used to be?

At times, I have felt challenged, but I’ve never felt limited by my disability. It has given me so many opportunities in life that I just don’t think I would have otherwise had. Possible challenges as an example have been the technicalities of press-ups or balancing, but I’m used to just thinking outside the box. It may not be conventional but I’ve always managed.

You’re now on our screens for Strictly Come Dancing. In what way does the training differ?

The training is almost just as intense – we spend hours and hours training. The hardest part is mentally preparing yourself. Pushing your body to try new movements and do things you never thought you had the courage to do.

I never thought I would have the nerve to be able to do some of the lifts we did for our Charleston routine but I just went for it.

The other big difference is how big a role acting plays in Strictly.

Hey hey you you…. 🎵 @aj11ace a little glimpse of our Jive practise today 😬💃🏻🕺🏻 @bbcstrictly

Last year Jonnie Peacock wore his blade visibly for several dances, showing disability in a new light for some viewers. How are you looking to change attitudes towards disability?

I think the visibility was important as it gets people talking openly about disability in such a positive way. For me, it’s all about focusing on the ability rather than the disability. Hopefully changing attitudes in turn will encourage and inspire a new generation.

How can shows such as Strictly Come Dancing change perceptions of disability?

Most people will find themselves unable to achieve certain skills, or be limited in one way or another. You are not defined by what you can or can’t do, you are defined by your attitude and efforts.

Hopefully shows such as Strictly Come Dancing can help encourage everyone, to push themselves more, and have a little belief.

You’ve also competed in the Paralympics several times. Are you planning on heading to Tokyo 2020?

For sure, my plan is to compete at the Tokyo Paralympic Games in paratriathlon. It will be my fourth Games representing Great Britain. I took silver in 2016 in Rio so I’ll be really going for gold!

When and how will you start training for the Paras?

The Paralympic cycle is every four years and training is cumulative. I had a break after Rio, but since then I have been on course for Tokyo. I am working with my coach Robin Brew, to be as prepared as I possibly can be and to get as much experience as possible in the next two years as we start to get closer and closer. I’ll start focusing 100% on Tokyo from the start of 2019 after the natural triathlon break that Strictly is providing me.

The coverage of the Paras has increased over the years, showcasing disability sports to people worldwide. How does it feel to be a part of that?

I love the fact that the Paralympics has been showcased on a larger scale over the past few years. I think it helps give a real understanding of what can be achieved.

The inclusivity becomes much more visible and hopefully younger people will feel supported when it comes to getting involved in sport. London 2012 was a real turning point I feel and if they can continue to improve the coverage of para sport, it’s a journey I’m proud to be a part of.

Finally, what would you say to encourage readers to hit the ballroom or get involved in their nearest triathlon?

I just think it’s so important to have a ‘release’ in life. That was some of the best advice I have been given even though it may seem obvious. For me it’s either triathlon or dancing, both relieve my everyday stress and I have met so many friends through both.

Or even if it’s something completely different – I would just encourage everyone to give something new a try!