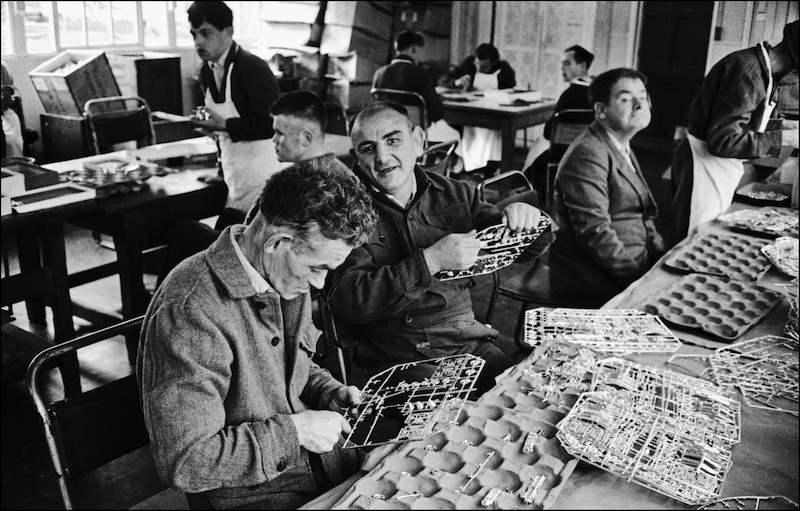 Last Monday, 19 January, an exhibition telling the stories of patients and staff of a former institution for people with a learning disability will be launched at SwanseaMuseum. The first pan-Wales project of its kind will capture a hidden and often painful part of Wales’ history from six of Wales’ long-stay hospitals which closed in 2006.

The public will have their chance to hear the stories of twelve people and get a glimpse of what it was like to grow up and spend up to forty years living in an institution. The exhibition opened to the public on Tuesday 20th January and run for 6 weeks. It has been interpreted using oral history interviews, recreating parts of the hospital and putting on display clips from fifteen oral history interviews.

Mencap Cymru’s Hidden Now Heard project, which received a £292,000 grant from the Heritage Lottery Fund, has collected testimonies of people with a learning disability, their relatives and staff who spent time at the long-stay hospital HensolCastle in the Vale of Glamorgan. The three year project will focus on six-long stay hospitals in total with exhibitions happening across six regional museums.

The Hensol Exhibition aims to encourage the public to compare their lives today to the lives of the patients when the hospital was open, from 1931 to 2003.

“I have been looking forward to this exhibition since we came up with the idea back in 2003. Mencap Cymru played a lead role in the closure of the long stay institutions in Wales under the banner of The Longest Waiting list. I am pleased the Hidden Now Heard exhibition will pay tribute to the many people with a learning disability who took part in this campaign and who have sadly now passed away. I very much hope that those who visit will be impressed by the stories they see but more importantly will see the amazing contributions people with a learning disability make to our communities in Wales.”

The idea for the project came about when Wayne Crocker, Mencap Cymru’s director, realised that lots of former patients were passing away or beginning to suffer from memory issues and felt that if the stories weren’t recorded now the unique perspective of the patients would be lost forever.

Also on display are a number of historical documents, images and artefacts donated by staff and patients. If anyone has any more artefacts or stories to tell they are encouraged to contact the project team.

“The project team often found it difficult to find staff and relatives of patients to come forward to share their stories, perhaps feeling unsure or a sense of shame about the hospital.

“Whilst some of the practices and language used may seem unusual by today’s standards, the project team are keen for the public to judge the system in place at the time, rather than staff who often cared for people under great stresses.”

“We were extremely pleased to be able to support this one-of-a-kind project that really captures a part of our national heritage that historically has not been well recorded or preserved. This project truly reflects HLF’s ambition to fund and support diverse projects that explore our rich Welsh heritage; ensuring that National Lottery players’ money makes a key contribution to commemorate and record our heritage. I’m thrilled to see this project finally come to life after years of hard work by the team at Mencap Cymru and look forward to visiting the exhibition.”

The project gives people a chance to share stories, talk about the past, often for the first time and to meet friends they haven’t seen since the hospital closed.

Sue Goddard, a former ward sister from the hospital said:

“I wanted to take part because it is important that people shouldn’t be forgotten. Hensol was home for lots of staff and patients.”

Phyllis Jones, a patient at Hensol for some forty years decided to take part because:

“I wanted to tell everyone about Hensol, the good times and bad. They had good staff there but overall I didn’t like living there. I prefer living in my own house”.

The project would also like to hear from former patients and staff from St David’s Hospital and PantlgasHospital in Carmarthenshire for an exhibition at CarmarthenMuseum in April. People who would like to tell their story are encouraged to contact the team.

During the three year project, six regional museums across Wales will display exhibitions based on captured memories and research undertaken to give a voice to the stories of former patients and staff at these hospitals that were previously silenced.  Working in partnership with the NationalHistoryMuseum a permanent exhibition will be created in St Fagan so that information about Wales’ long-stay hospitals will be available and accessible to the public, creating better understanding of a previously underrepresented part of our society.

To keep up to date with project progress, there is a Facebook page “Hidden Now Heard” and a Twitter feed @hiddennowheard