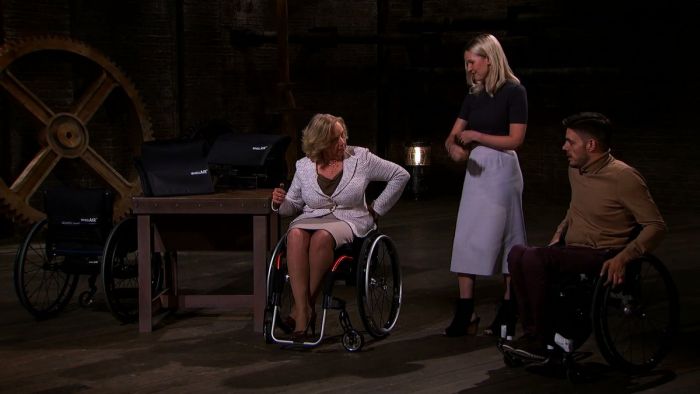 A big concern of wheelchair users is overheating. It can be uncomfortable when you’re in a chair for long periods of time – and what about when you’re exercising or a professional athlete? We talk to Corien Staels, the entrepreneur behind WheelAIR, an innovative cooling cushion for wheelchairs, about her recent appearance on Dragon’s Den.

How did you come up with the idea for WheelAIR?

I was originally a sportswear designer. I didn’t have much exposure to disability, but my father works in the medical textile industry.

When I was studying in Belgium, my dissertation advisor, Lissette, was a wheelchair user. I quickly realised it was an unaddressed issue the more people I spoke to about overheating in wheelchairs. I was completely baffled by it. Para-athletes were hosed down with water, and people were training in ice vests. It’s so intrusive. The technology wasn’t being utilised.

How long has it taken to get your idea going?

It’s taken three years from conception to product, and after the initial investment I worked with my team to develop the technology and figure out what’s the best way of creating a cushion that works as a cooler. We had to think carefully about things like airflow. 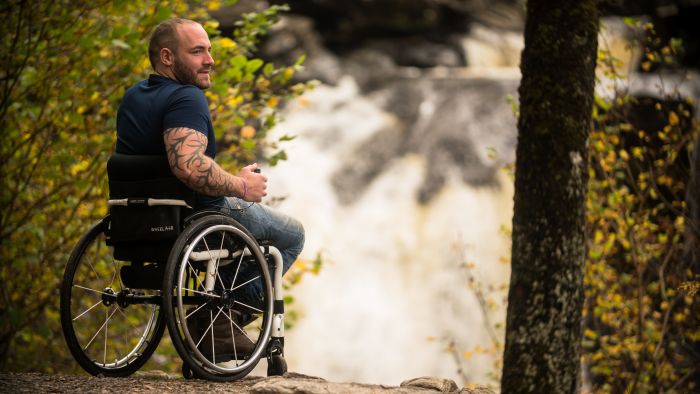 I’m not a UK national, so I didn’t think I would feel the same amount of pressure as I didn’t grow up watching it, but then I was hit with nerves when I was on tv. They grilled me for three and half hours and I did feel faint at one point – which is the small section they showed on tv, of course! I felt bad for struggling with some of the numbers, but the Dragons chose to invest and offered £75,000.

Why did you choose not to take the money from Dragon’s Den?

It felt amazing to have them behind me, but in the end I decided not to go for it because it came with too many strings attached. Receiving offers from four Dragons was beyond my wildest expectations and an important moment for the business. That was back in June 2017, and by November, Scottish Edge invested £100,000 in WheelAIR.

How does the cushion work?

You detach your wheelchair cushion and fix on WheelAIR and the fan box unit sits at an axis and sucks in air and dispenses it on your back. There’s no heat and no moisture. It cools your core first and then the whole body. It gives you better posture, as well! The battery is set to last at least 16 hours, and it’s rechargeable – it charges via a USB much like your smart phone. It’s quite sustainable.

What’s next for Stael Design?

We have several other products in the pipeline – all in mobility. Our vision is to build on our expertise in the industry.

WheelAIR is a battery-powered airflow backrest cushion designed with input by Paralympic athletes. It cools back and core temperature, with no noise and is sleek and lightweight. Find out more at www.wheelair.co.uk

Get out of bed unaided with Rota-Pro®

Diamonds are a Girl’s Best Friend!