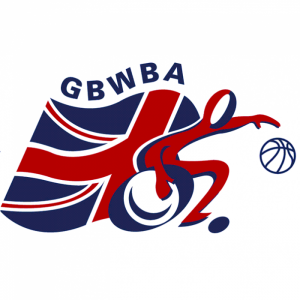 Standard Life GB Men were up against a tough and physical Turkish side, who were looking to better their highest finish of Silver from 2009.

The opening minutes of the game saw both teams struggle to find their touch as nerves were an obvious factor, with the score at 4-4 after four minutes.  Turkey composed themselves first with Gezinci adding nine points, but then Ian Sagar’s two baskets just before the end of the first quarter ensured GB were only down by eight, 8-16.

Head Coach Haj Bhania changed his tactics in the second quarter bringing on the pressing line up of Harry Brown, Ade Orogbemi, Ian Sagar, Gaz Choudhry and Simon Brown. This lifted the intensity in defence and the pressure allowed GB to claw back the deficit to level the score as they went into the break 26-26.

All through the third quarter the teams went basket for basket with no one taking more than a 2point lead. Captain Abdi Jama made the final basket of the quarter to edge GB ahead 47-45 with 10 minutes remaining.

Turkey regained the lead at the start of the fourth quarter but a 6-0 run from GB gave them a 5 point cushion with seven minutes remaining. Turkey weren’t going to give up without a fight though, and came back with an 8-0 run of their own as GB failed to score for five and a half minutes. Head Coach Haj Bhania made a couple of substitutions to find the right line-up but it was the re-introduction of the experienced Bywater and Jama that made the difference in the end scoring the last six points for GB whilst Turkey missed five from six free-throws in the closing seconds as GB ran out winners and European Champions to retain their crown, 59-57.

Standard Life GB Men’s Head Coach, Haj Bhania said, “It’s fantastic to win gold. We are a great team, we played really well and Turkey gave us a big battle, they played brilliantly. I thought it was a great final with the two best teams of the tournament here. We had to do something special to win and credit to the team they were just unbelievable.”

GB’s Top scorer, Ian Sagar said, “It’s fantastic. We came out here to win and we’ve done it. We knew the Turkish were going to be tough and what a final to play in. This is why I play basketball, not for the celebration after but to play in those games.

“I didn’t even know I was top scorer, you get caught up in the moment and you just play the game as it comes, but it’s a nice little bonus.”

Find out more about wheelchair basketball at gbwba.org.uk