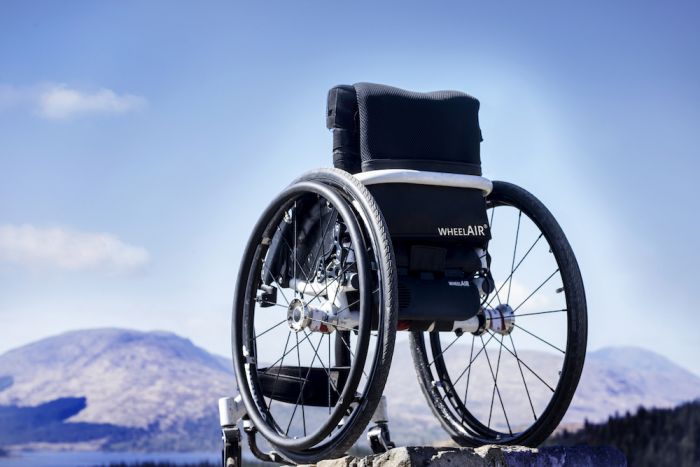 Glasgow based Staels Design was one of only two companies that were given the huge sum of £100,000 from the Scottish Edge panel within the main Edge category. Impressed by founder Corien Staels’ pitch, which they described as ‘exceptional’, they awarded her £3,000 more than she applied for. The company originally asked for £97,000 to start the manufacturing of WheelAir® and expand the team.

Scottish EDGE is a competition aimed at identifying and supporting Scotland’s up-and-coming, innovative, high-growth potential entrepreneurial talent. Whittled down from 240 applications, 20 companies had the opportunity to pitch at the final in Edinburgh at the Royal Bank of Scotland’s Gogarburn Conference Centre. However only 12 were awarded grants within the main category, which saw £700,000 divided between them.

The WheelAir® is a wheelchair backrest cushion with an in-built fan which provides instant cooling whilst also being ergonomically designed to be more supportive. The unique battery powered technology cools the user by gently blowing air onto their backs, taking away any excess heat and moisture. WheelAir® increases comfort and keeps the user cool, while combining function with style.

The company are currently partaking in a Kickstarter crowdfunding campaign where they have almost raised £10,000 of their £30,000 target. However, this business grant from Scottish Edge will ensure the WheelAir® can enter the mainstream market and sell through retail and distribution channels.

Find out more about the WheelAir® at staelsdesign.com

Keeping Active with a SAFO