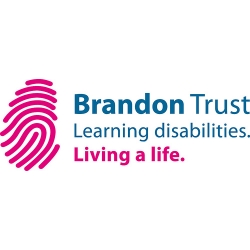 Brandon Trust is today (October 24) urging the Government and local communities to do more to tackle the issue of disability hate and mate crime as reports of mistreatment have been highlighted amongst those with learning disabilities.

The charity which operates services across the South West and London has published a new report  – 100 Voices on Personal Safety – written for and by people supported by Brandon Trust directly as a result of what was discussed at their 2013 100 Voices conference.

The report highlights several problems for people with learning disabilities and discusses hate crime, discrimination, bullying, anti-social behaviour and the growing issue of mate crime – where a person is groomed by those who pretend to be their friends in order to exploit them financially or physically.

It is released alongside a UK-wide survey involving 2,000 adults undertaken on behalf of the charity which reveals seven in ten (72%) questioned did not know what disability hate crime was and only a quarter (23%) of those asked admitted they would report such crime to the police if they witnessed it.

More worryingly, 95% of those asked did not know what mate crime was, while one in ten (9%) said they had witnessed someone with learning disabilities being bullied.

The latest 100 Voices report considers real experiences of mistreatment involving those with learning disabilities, lessons to be learnt and how this group can deal with such crimes in future. It also looks at why personal safety is so important with ideas on how things can be improved in the UK through schemes such as Safe Places and the Bristol Hate Crime Services.

Brandon Trust Chief Executive Lucy Hurst-Brown said: “The survey results, our conference and subsequent report show incidents against people with learning disabilities and autism, particularly  hate and mate crime, surface all too frequently and most often stem from a real lack of understanding and knowledge across society.

“There is clear evidence of the devastating effect these crimes can have on the person and the way they live in their local community. Too often people with learning disabilities and autism are seen as easy targets; exploited, used and, as a result, often live in fear.

“We believe many incidents go unreported or are ignored, and more education is needed on impact and prevention.  As a charity that supports people with learning disabilities, Brandon Trust feel it is important to raise awareness of these issues and try to bring about change for the better.”

To view the survey, report and find about out more about 100 Voices visit www.brandontrust.org.