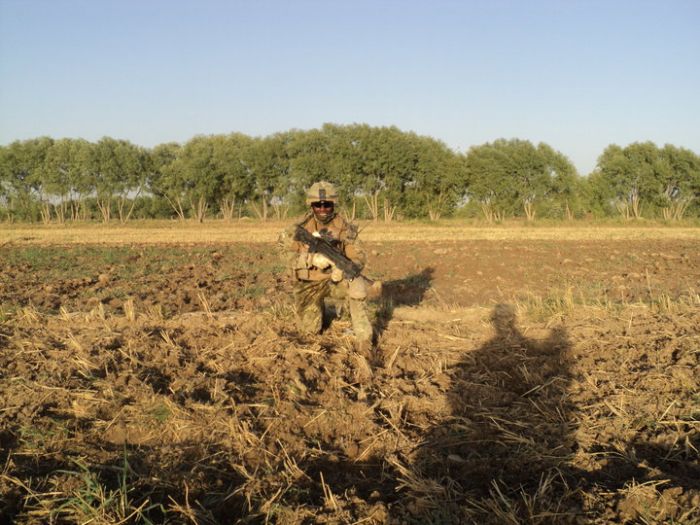 A former soldier, who was injured in Afghanistan, has praised the charity Help for Heroes for its role in helping his recovery through sport.

After his injury, Seveci Navelinikoro, known as Nav, thought he wouldn’t be able to play sport again but through Help for Heroes Phoenix House Recovery Centre in Catterick, North Yorkshire, he has been able to try a wide range of new activities.

He even won a gold medal with the sitting volley ball team at the Invictus Games in 2014 and hopes to be on next year’s winning team in Orlando, Florida.

The 36-year-old suffered severe injuries when the vehicle he was travelling in drove over an IED three months into his operational tour in Afghanistan with 1st Battalion Mercian regiment during Operation Herrick 17 in 2012.

“I was thrown up and landed on top of the vehicle,” he said. “When I regained consciousness, I started trying to do my role and help others but later I could not feel anything and they flew me back to Camp Bastion. I spent seven days there and then they flew me back home.”

Nav suffered a mild brain trauma injury, lower back pain and nerve damage, damage to his left hip, loss of hearing in his right ear as well as post-traumatic stress disorder.

He spent two-and-a-half years going through rehabilitation at both Headley Court and Phoenix House. He could only walk using two sticks, a knee and back brace and it took him over a year to be able to walk without those aids.

During that time, Nav, a lance corporal who grew up in Fiji but now lives in Catterick with his wife Kara and daughter, Akeneta, six, and son Adrea, four, completed a variety of courses through the charity’s recovery centre Phoenix House, such as an IT refresher course, health and safety, first aid at work, English and maths.

But it is sport which has really helped him comes to terms with his injury. Through Help for Heroes, Nav was able to take part in the Invictus Games in 2014 and won gold with the sitting volley ball team.

“Doing sport makes me realise life is not going to stop and you need to adapt and keep on moving,” Nav said. “I used to play standing volley ball but sitting volley ball is very challenging. You have to move in a different way.”

Nav, who joined the Army in 2003 and has served all the world, including Northern Ireland, Kenya, Belize and the Falklands, said playing the game also helps his memory loss as he has to train his mind to think about the next step. 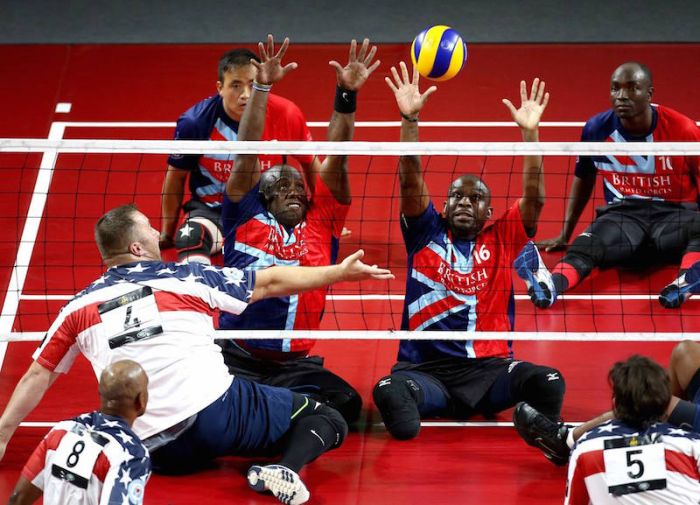 He said: “My brain injury has affected my memory and I have to put everything on my phone and I check my notebooks to make sure I know what I’m doing.

“I think playing the game really helps my mind as it helps me overcome some of the hurdles with having a brain injury. I have to try to remember a lot and it really helps,” he said.

Nav has even been into a local school to teach students how to play sitting volleyball as part of their Citizenship Programme.

He said: “I did some warm up exercises with them and taught them basic sitting volleyball and they played a game between themselves which was awesome.

“I told them about myself, injuries and what happened to me on the Herrick.”

Nav said he felt it was important to go into schools and tell children about the work of Help for Heroes.

“It’s important for the younger generation to know the outcome of the work the charity does for wounded, injured and sick soldiers like me.”

Before injury, Nav was also a keen rugby player and has now been able to play some tournaments with Phoenix House.

“Wheelchair rugby is very challenging as you have to control the ball and the chair at the same time,” he said.

Nav is a regular visitor at Phoenix House and said he would recommend it to any wounded, injured or sick veteran.

He said: “I just have to constantly push myself and stop feeling sorry for myself. I try to join in as many activities as I can, rather than sitting at home doing nothing.

“Help for Heroes has helped me in so many ways – through the recovery itself and now as a civilian too.

“Coming to Phoenix House, you have that support from people that know what’s going on and it helps being around other military people who have experienced similar injuries to you,” he said. “This place has been made for us so we need to use it.

“Without this, I would still be at rock bottom. When you leave the Army, you get treated well but you are not with your regiment anymore. Phoenix House has given me so many opportunities and I would recommend it to anyone,” he said. “I miss the Army but I’m getting to a place where I am able to cope with my injuries.”

Mo Usman, Head of Recovery North and based at Phoenix House, said sport can play a huge part in the recovery of many veterans and serving personnel.

He said: “Taking part in sport gives the wounded and sick new-found self-belief in their abilities, rather than focusing on their disabilities. Getting involved in sport or team events can rebuild confidence.

“At Help for Heroes, veterans and serving personnel can take part in a huge range of activities, from yoga to archery to wheelchair rugby to cycling with everything in between. You never know where it may take you. As Nav has shown, it could even lead to winning a gold medal in the Invictus Games,” he said.

Anyone who served in the Army, Royal Navy, Royal Marines or Royal Air Force who needs the support of Help for Heroes Phoenix House Recovery Centre in Catterick can self-refer by calling 01748 834 148.

Help for Heroes offers comprehensive support to those who have suffered life-changing injuries and illnesses while serving our country. This support is provided through grants direct to our Heroes and their families, grants to other charities and through four Help for Heroes Recovery Centres across the UK. For more information about Help for Heroes, please visit helpforheroes.org.uk

Sussex athlete Jon will aim high at the Invictus Games