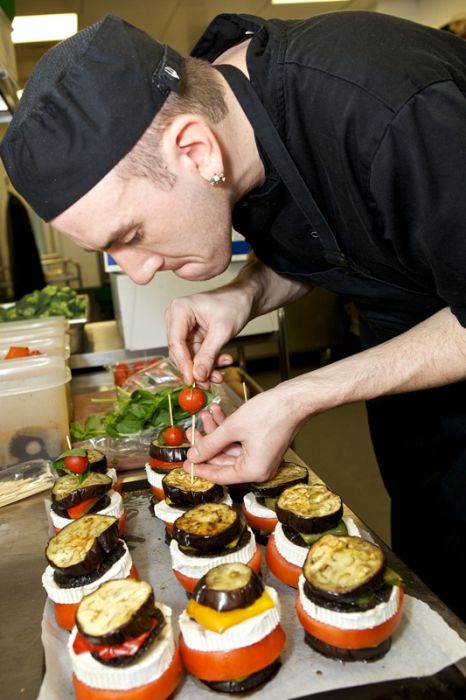 Unity Kitchen, the social enterprise arm of disability charity the Camden Society, will be serving up pre-show canapés to the likes of Jude Law, Ben Wishaw and Mel Giedroyc at a charity gala night to raise funds for Ambitious about Autism and the National Autistic Society at London’s Apollo Theatre on 1 July.

Produced by Luke Treadaway and director Katy Rudd, A Curious Night at the Theatre features the world premiere of Simon Stephens and Mark Haddon’s especially-written sequel to The Curious Incident of the Dog in the Night-Time.

“This event is a fantastic opportunity for our apprentices to gain experience catering for a major event and show that, having gone through our training and apprenticeship scheme, they can make a successful career in the catering industry.

“It’s especially pleasing for Unity Kitchen to showcase what it can do at a charity gala in support of causes that are so close to our own aims like Ambitious about Autism and The National Autistic Society.”

Unity Kitchen is a chain of six catering social enterprises run by a registered charity, The Camden Society. The outlets provide training and apprenticeship opportunities for people with learning disabilities, and profits are used to fund further training and employment opportunities. Unity Kitchens are run in partnership with community and public sector organisations in public buildings, community centres, libraries and museums. The first café on Queen Elizabeth Olympic Park will be operated by the Camden Society and is named Unity Kitchen Café. Find out more at www.unitykitchen.co.uk

Stelio Award for Disabled Entrepreneurs in the UK open for entries