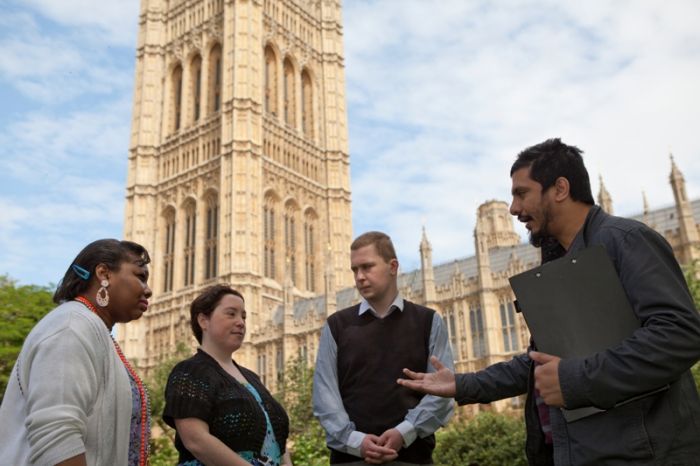 Today saw the first time that a Select Committee of MPs has heard evidence from an individual with a learning disability. Mencap parliamentary affairs assistant Ismail Kaji gave oral evidence to MPs on the Political and Constitutional Reform Committee in their inquiry into voter engagement.

Less than one in three people with a learning disability (31%) voted in the 2001 general election. This was significantly lower than the engagement of the population as a whole (59%).

Ismail Kaji, Mencap parliamentary affairs assistant, told the Select Committee about the importance of voting for people with a learning disability:

“There are 1.4 million people with a learning disability in the country. Many are not fully included in society and many do not vote. It’s important that Parliament hears our voice and what we have to say on the issues that affect us.

“Unfortunately, many people with a learning disability don’t see the point in registering to vote. They don’t think voting will affect their lives or make any difference. This is bad because many decisions made by Government and in Parliament have a huge impact on them.”

People with a learning disability face a number of significant barriers to voting:

Ismail Kaji explained how difficult it was to understand his voter registration form:

“It was very complicated to fill in. I did not know what I had to do. The information that explained the forms was not clear. The form had too many boxes and difficult words. There was not enough room in the form to write information. I had to bring the form into work so my colleagues could support me to fill it in. This is not fair. It made me feel excluded.”

“Ismail’s experience is not an isolated one. Many people with a learning disability from across the country tell us that they feel excluded from politics. The way politicians communicate can be complicated and ridden with jargon, some of which even the most hardened parliamentary followers are confused by! We need to urgently tackle this culture of inaccessible politics.

“The Political and Constitutional Reform Committee was keen to take evidence from Mencap as part of our inquiry into voter engagement. We believe it is important to establish what barriers people with learning disabilities face in registering to vote and in participating in elections, so that we can consider how this can be made more accessible. It is a basic democratic principle that all citizens are able to participate on an equal basis, and people must not be disenfranchised as a result of having a learning disability.”

Mencap hopes that Mr Kaji’s evidence will help to tackle the current culture of inaccessible politics. The charity is calling for parties to consider communicating in a clearer, jargon free way, which will be more widely understood; to meet people with a learning disability and their families to understand the issues that matter to them and the barriers they face; and for parties to make their campaign resources more accessible.

Mum, MS and me