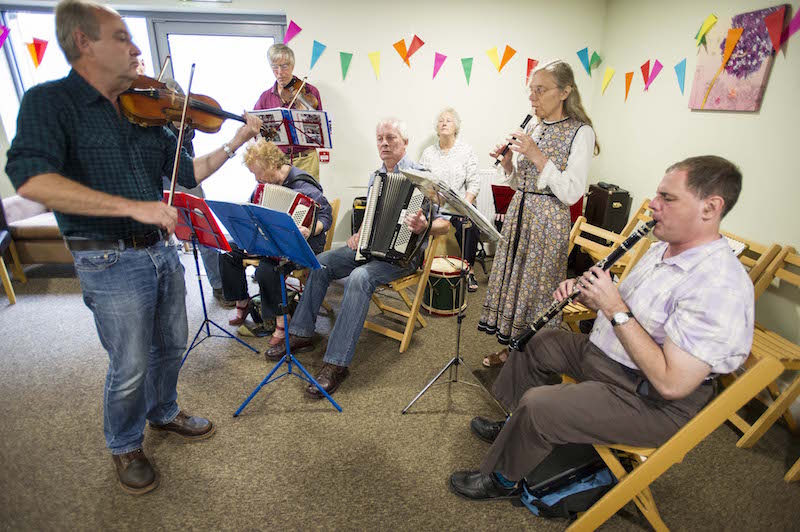 A new £1.6 million scheme to support adults with learning disabilities in Hereford has been officially opened by Sanctuary Supported Living (SSL).

Red Coat Close, in Coningsby Street, has been developed by leading housing provider Sanctuary Group, the parent company of SSL, in partnership with Herefordshire Council and the Homes & Communities Agency.

Managed by SSL, the scheme includes 10 one-bedroom apartments, along with a shared lounge, kitchen and communal garden.

In addition to the new facilities, tailored on-site support is available to residents from staff to help them live as independently as possible.

Red Coat Close was chosen as the name of the development by pupils from St Thomas Cantilupe Primary School in recognition of the old Coningsby Hospital, which used to be known as Red Coat Hospital because of the distinctive red coats worn by patients.

Residents of the scheme, along with their families, were invited to a special event where youngsters from St Thomas Cantilupe Primary School joined the Mayor of Hereford, Councillor Charles Nicholls, to cut a ribbon and officially open the development.

Prior to the ribbon cutting, entertainment was provided to guests by local band Bandemonium, featuring a Red Coat Close resident.

The scheme was built by Sanctuary’s appointed contractor, Seddon Construction.

Simon Clark, Sanctuary’s Group Director – Housing and Support, said: “This development has been designed to ensure it caters for residents’ needs and provides vital support to allow them to lead more independent lives.

“We are pleased that we could celebrate the opening of the scheme with the local community and in particular bring the pupils in who named the development so they could see the finished result.”

Rob Vickers, assistant director at Herefordshire Council, added: “It has been a pleasure to work with and support Sanctuary in delivering this wonderful facility which will enable current and future residents the ability to enjoy independent living.”

Established in 1969, Sanctuary Group is responsible for the provision of social housing, care and management services across England and Scotland. It owns or operates around 99,000 units of accommodation and employs around 11,000 people. Find out more at www.sanctuary-group.co.uk

Alternative Futures Group is crowned Charity of the Year 2014