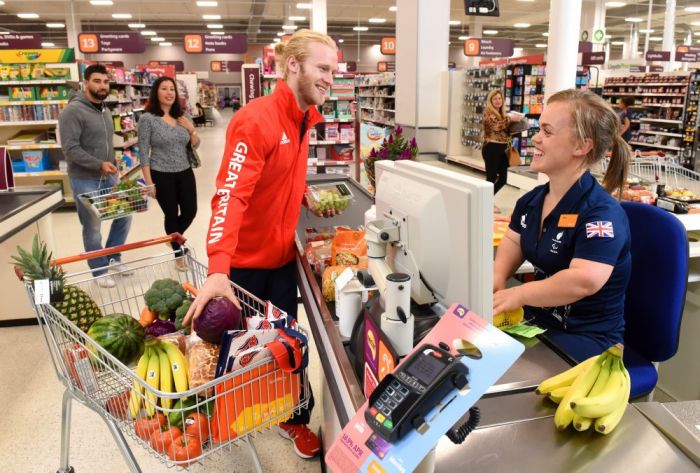 Sainsbury’s has renewed its successful partnership with the British Paralympic Association (BPA) for the next four years, including both the PyeongChang 2018 and Tokyo 2020 Games.

As the first Paralympic-only sponsor of the London 2012 Games, Sainsbury’s subsequently partnered with the BPA to support the historic performances of the British team at Sochi 2014 and Rio 2016, generating national support for ParalympicsGB from both customers and colleagues.

In Sochi, ParalympicsGB won its first ever gold medal at a winter games and in Rio the team secured 147 medals, eclipsing the London 2012 medal haul to finish second in the medal table. The continued partnership with Sainsbury’s will help ensure the BPA can send the best-prepared team of athletes to compete at Paralympic Games, as ParalympicsGB look to consolidate their position as one of the world’s strongest Paralympic nations.

“Sainsbury’s is very much at the heart of the Paralympic family here in the UK, their engagement has shown a true understanding of the power of Paralympic sport and they have encouraged their customers and colleagues to really get behind ParalympicsGB.

“We know that the inspirational performances of our athletes on the field of play can help to change perceptions and help to create a better world for disabled people. Sainsbury’s has a very clear understanding of our vision and have engaged superbly around programmes to impact on the lives of young people in particular.  I am delighted to see that this successful partnership will continue through to Tokyo 2020.”

“Sainsbury’s is proud of its continued sponsorship of ParalympicsGB as it’s something our customers and our colleagues really get behind. Seeing the team go from strength to strength, and knowing that we’re playing a small part in this success, is hugely inspiring for us all.

“Inclusivity, for both our colleagues and our customers, is at the heart of Sainsbury’s values, which is why we are so keen to continue to support ParalympicsGB and help change perceptions of what it means to have a disability.  We look forward to seeing what the team can achieve at Tokyo 2020.”

About the British Paralympic Association and ParalympicsGB

Sainsbury’s has strong credentials in supporting disabled colleagues. The retailer’s You Can programme helps provide employment for people who face significant barriers to finding work. Since 2008, the programme has helped over 25,000 people secure employment across the business. Tim Fallowfield, Sainsbury’s Company Secretary and Corporate Services Director and Board Sponsor for Age, Disability and Carers, has recently been announced as Chair of the Government’s Business Leader Group, part of its Disability Confident campaign. The group, made up of senior leaders from a range of sectors, will work with the Government to provide employers with the necessary tools and support to feel confident in employing and retaining disabled people. Find out more about working at Sainsbury’s at sainsburys.jobs

7 out of 10 disabled people want to get more active

The journey to PyeongChang