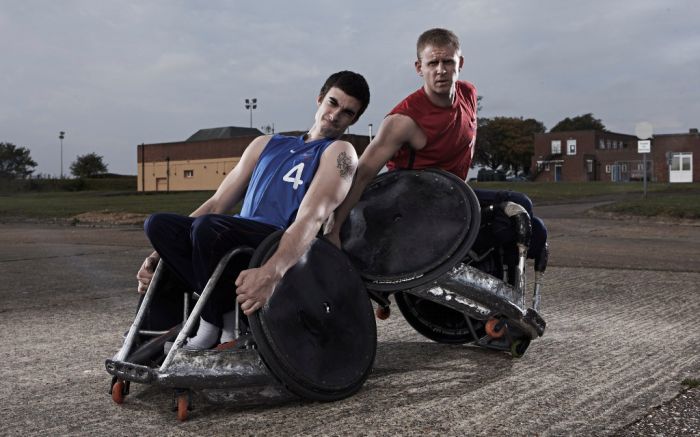 Wheelchair Rugby takes centre stage at the Basketball Arena from Wednesday when Great Britain’s London 2012 side begin their Paralympic campaign at 14:00 with a match against world no. 1 USA.

“We are definitely looking for a medal out of these Paralympic Games,” said GB Wheelchair Rugby’s chief executive David Pond. “The team finished agonisingly close to the podium at the last two Games, despite securing strong results, including three successive European golds in 2003, 2005 and 2007.”

Since finishing fourth in Beijing Britain have focused on building a new squad, and identifying and developing new talent. Five of the most promising athletes have been through an intensive training camp in Florida.

They took the silver medal at the 2011 European championships and Pond believes they are now ready to surprise a few of the top teams, such as the Beijing medallists, USA, Australia and Canada.

“This young new team is now ranked fifth in the world and is ready to provide a few surprises in London this week,” he said. “We are now confident that the team can win a medal this time around.”

Among the new members of the team are high-pointer Aaron Phipps and Kylie Grimes, only the second woman to play in the British squad at Paralympic level.

“As our only high point player, Aaron Phipps is critical to our success,” said head coach Tom O’Connor. “All the top nations have high-point players and Australia’s high-pointer Ryley Batt is considered one of the best players in the world.

“Having Aaron on the team means that we have the potential to take on players like Ryley and that can make the crucial difference between winning and losing a game.”

While all eyes on Wednesday will be on the deftness and speed that Phipps brings to the game, it is Grimes, a 24 year old from Farnham in Surrey, who is currently turning heads in the Paralympic village.

Having promised her teammates a new hairstyle for the Games, she is sporting a Union Flag shaved into her bright red bob.

Read more about ParalympicsGB performances at London 2012 at www.paralympics.org.uk/gb