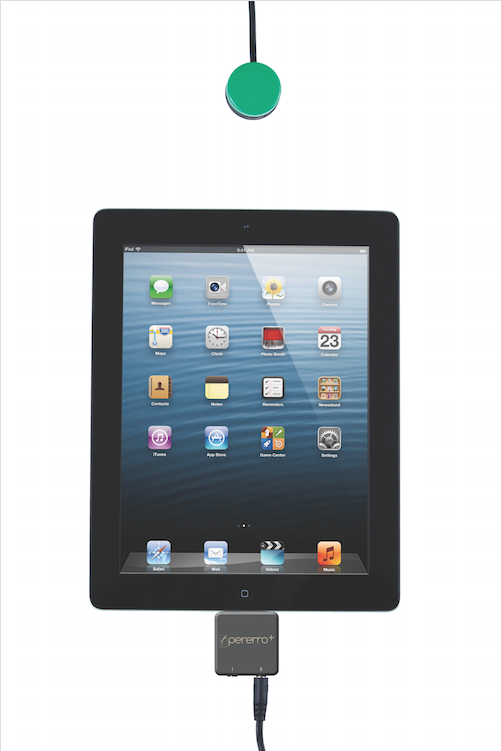 In recent years, touch screen technology has become an essential part of every day life, but for those with impaired physical or motor skills, which can be linked to conditions such as Motor Neurone Disease, Amyotrophic Lateral Sclerosis and Multiple Sclerosis, its benefits have been mostly inaccessible.

Perrero+, a simple plug and play adapter, has been designed to offer users complete control of Apple gadgets, including the iPhone, iPad, iPad Mini and iPod Touch.

Working in conjunction with Apple’s new integrated switch control feature, and capable of hosting up to four switches that can be individually customised to perform the user’s desired scanning function, Perrero+ offers a more seamless and much faster way to navigate touch screen devices.

“Apple is extremely focused on accessibility, so the fact that switch control is now available within iOS devices has enabled us to develop a much more intelligent and advanced product.

“Perrero+ is an extension of Perrero, which we launched two years ago, and the new features we’ve introduced have all been developed in response to customer feedback. For example, VoiceOver is now optional rather than permanently switched on.

“Our aim is to make the latest technological advancements available for everybody to use and Perrero+ very much opens the door for those who have previously been unable to use touch screen technology.”

Measuring just 33x33x9mm and made from lightweight metal with a sleek chrome finish, Perrero+ connects to Apple devices via a lightning adapter and is controlled through switches connected with the two 3.5mm jack sockets.

It does not require an external power supply in order to operate, instead running directly from the iOS device to eliminate Bluetooth battery drain, and offers a unique charge through feature, allowing users to charge and sync the appliance without disconnecting.

Perrero+ is priced at £149.99 and is now available to purchase from Assistive Technology’s eBay shop stores.ebay.co.uk/assistive-technology or by calling RSLSteeper on 0113 207 0449.

Assistive Technology (AT), a branch of RSLSteeper, is a global specialist in assistive technology.

Working with individuals, schools, colleges, hospitals and care homes for over 30 years, AT aims to return independence through technology, by giving clients the tools to take control of their immediate environment and reduce their reliance on care.

Its dedicated team of more than 20 engineers and product specialists – the industry’s largest – operates nationwide and provides an on-going programme of support, from assessment and installation, to training and comprehensive after care. Find out more at assistive-technology.co.uk

Despite a diagnosis of MND, David has re-found his freedom and isn’t giving up as he pushes himself to limit in Peak climbs