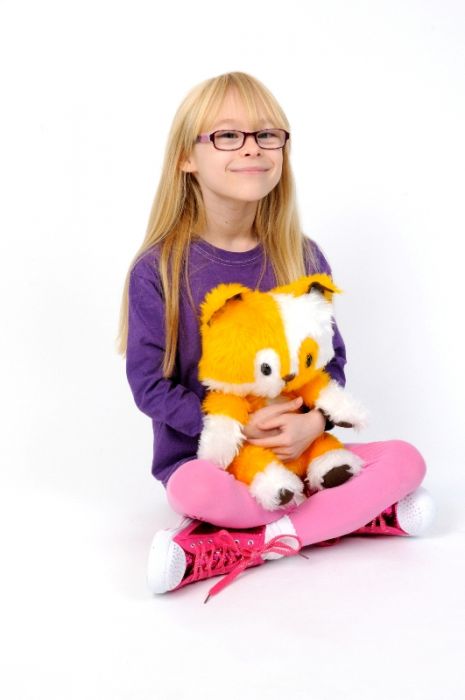 The Royal National Institute of Blind People’s (RNIB) Pears Centre for Specialist Learning has teamed up with a TV production company to create a new series for the BBC’s CBeebies channel.

“Melody”, a partially sighted girl with an incredible imagination, is designed to introduce pre-school children to a variety of classical music through stories and colourful animation. In each episode the lead character, Melody, discovers a piece of classical music and, as she does so, imagines stories and characters conjured up by the mood of the music – everything from trumpeting elephants to shoe-making elves.

Staff who work with the children at RNIB Pears Centre have been working with producers from Wish Films and LAAH Productions throughout the development process to help them understand and reflect the needs of children who are blind or partially sighted, including those with additional disabilities.

Their support included a piece of research to find out which animation styles are easier for blind or partially sighted young people to follow.

RNIB’s Music Adviser also offered guidance to the show’s creator around the special attention that many young children with serious sight loss have for both listening to music and making their own sounds.

The resulting programme is a lively and colourful live action and animated show that incorporates classical and contemporary music to help stimulate the senses of children with sight loss and other disabilities.

Andy Moran, Executive Headteacher at RNIB Pears Centre said: “It is really exciting that a children’s TV programme is helping to raise awareness of what it might be like to be a child who is partially sighted. I’m delighted that we’ve had this unique opportunity to be involved with “Melody” and support the show’s development from early ideas and research right through to scripts, props and animation for each episode. We are all looking forward to “Melody” airing on CBeebies.”

About RNIB Pears for Specialist Learning

Building on more than fifty years of expert care and education, RNIB Pears Centre for Specialist Learning offers a stimulating and supportive environment for children and young people to reach their full potential for learning, independence and fulfilment. www.rnib.org.uk/pearscentre

Look Beyond the Label