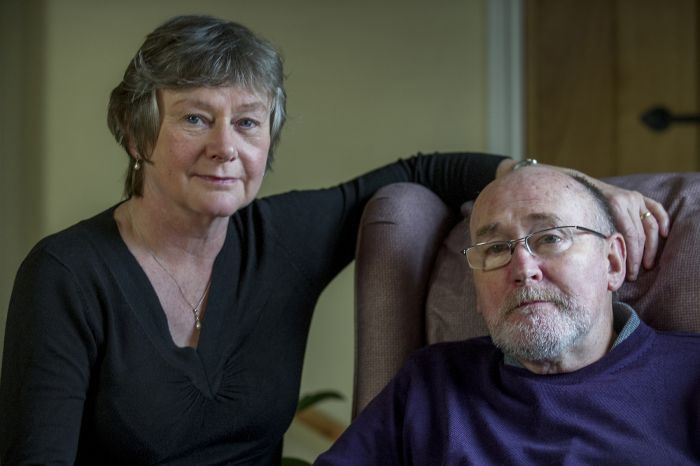 Nearly two years have passed since Noel Conway ignited the debate on assisted dying. Noel argues that as a terminally ill man he should have autonomy to decide when and how he dies. But is the UK ready to grant his final wish? With Noel’s case recently rejected in the Court of Appeal, Lorne Gillies revisits the deliberation

“I am pleased that my case will now proceed to the Court of Appeal. I brought this case not only for myself but on behalf of all terminally ill people who believe they should have the right to die on their own terms. Our voices deserve to be heard. I have accepted that my illness will rob me of my life, but how it ends should be up to me,” wrote Noel Conway in an open letter earlier this year.

Living with terminal motor neurone disease (MND) and relying on the use of a ventilator 23 hours a day, Noel is spearheading the campaign for assisted dying.

The leading discussion in Noel’s case is to provide those with a terminal illness a dignified end. However, the disabled community have apprehensions towards a potential change in law – rightly so. Many disabled activists argue that the most vulnerable in our communities may feel pressured into going forward with assisted dying if they feel like a burden.

However, if the assisted dying act was passed into law, this would not occur.

Noel, with the assistance of Dignity in Dying, is calling for the proposed Bill to mirror the Death with Dignity Act (DwDA), introduced in the state of Oregon over twenty years ago. Enacted on 27 October 1997, Oregon made it legal for terminally ill people to voluntary end their lives through a self-administrated dose of lethal medication prescribed from a qualified physician. It’s a law that allows people control over their life and, ultimately, their death. 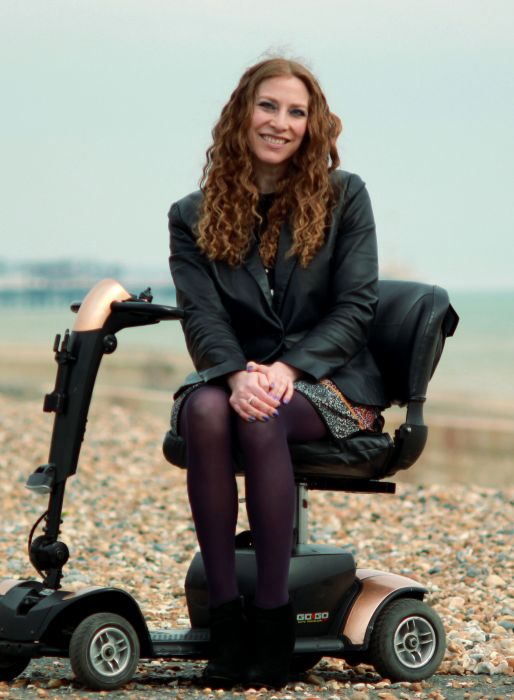 On paper, the law would be a pioneering move for the UK. As with any issue relating to best practice, there are many views on the assisted dying campaign. As a highly emotive topic that divides people, the law has entered a grey area in public debate.

There is one fundamental confusion being made in the argument: referring to assisted dying as assisted suicide. These are two very different arguments. Shana Pezaro was diagnosed with multiple sclerosis (MS) ten years ago and is now a wheelchair user. Shana had apprehensions towards proposed legislation being brought forward by Noel and Dignity in Dying before she researched the topic.

“The more I found out, the more I realised it’s not assisted suicide that they were talking about. The points get confused when it’s being discussed. It’s not about people who are living with an illness or disability – like I am – it isn’t about us being able to choose to end our lives. It’s simply about people who are dying and terminally ill. It’s about them having the choice of how and where and when they want to end their lives. It’s something I really felt passionate about and support,” explains Shana.

Since Noel’s case was brought to the High Court on 17 July 2017, there has been heated discussion from both camps. After the case was rejected in the High Court, it was taken to a Court of Appeal where everyone is waiting with bated breath for a verdict.

Taking inspiration from the DwDA, the UK could follow in the footsteps of states like California, Washington, Colorado, and more recently Hawaii and Victoria in Australia. A fear for many in Britain is safeguarding to ensure vulnerable people are not coerced into a decision wrong for them. Taking into consideration DwDA’s success, there have been no cases of misuse, which is extremely promising.

Tom Davies, director of campaigns for Dignity in Dying, says: “The more and more you see other places around the world that aren’t so very different to the UK [following the act], I think you’ll start to see people really wonder: ‘if my cousin who lives in Canada can have this choice, or my aunt who lives in Melbourne can have this choice, why can’t I have this choice over myself because I live in the UK?’” Despite the lack of misuse in other countries, the fear of abusing the law is paramount amongst some members of the disabled community. 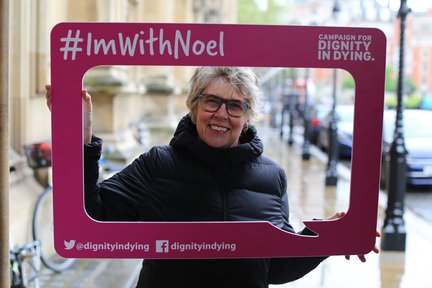 “It was a big concern of mine as well when I started looking into it,” adds Shana. “Until I realised that the ultimate safeguard is that the assisted dying law is only for people who are dying.” Even though Shana has MS, a condition that could deteriorate, she highlights an important fact: her condition is not terminal and for this reason she couldn’t put herself forward for assisted dying if she no longer wanted to live.

In the UK, many high-profile celebrities have come out to voice their support for Noel and others who are terminally ill looking for autonomy in their final days. Sir Patrick Stewart and Prue Leith are just two people supporting Noel’s case.

“Having seen my brother suffer months of agony and a horrific death from bone cancer, I know the horrors of present practice. David’s doctors would not give him enough morphine ‘for fear he’d become addicted’ – this was three weeks before his expected death,” recalls Prue. “The real reason, of course, was the fear of being prosecuted for unlawful killing if the extra morphine should hasten his death. We should not put patients or doctors in this untenable position. Terminally ill people deserve better.”

Both camps have eloquent and informed positions on Noel’s case and arguments for and against assisted dying. We can all sympathise with Noel’s condition, but time will tell the direction the courts will take. For now, Britain awaits a response from the Court of Appeal.

We appreciate this is an emotive topic. Tell us what you think on Twitter @EnableMagazine

Disability and the Glitterball with Paralympian, Will Bayley

People with hidden disabilities may get blue badges