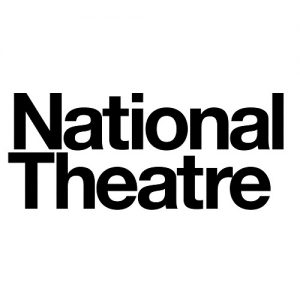 A ‘Relaxed Performance’ of Shakespeare’s ROMEO AND JULIET, in a version for young audiences aged 8 years and above, will take place on Tuesday 30 July at 2.30pm in The Shed, the National Theatre’s new temporary venue.

Specifically designed to welcome people with an Autistic Spectrum Condition, learning disability or sensory and communication disorders into the theatre, Relaxed Performances give those who otherwise might feel excluded the chance to experience live performance.

This will be the fourth Relaxed Performance of a National Theatre production, following one for The Curious Incident of the Dog in the Night-Time at the Apollo Theatre on 22 June and, previously, for Curious Incident in the Cottesloe and Hansel and Gretel.

Lighting and special effects are adapted for the performances, such as reducing very loud noises; and additional audience movement and interaction are expected. Parts of The Shed foyer will be available as a quiet space to relax for those who need to leave and re-enter the auditorium during the show.  After the performance, the audience will have the opportunity to stay to meet the actors who will be in costume but out of character.

A modern city. A deadly feud. And a pair of star-crossed lovers. Set against a vibrant urban backdrop, bursting full of excitement, colour, dancing and live song, a company of eight recreate the most famous love story of all time. A swift, contemporary celebration of Shakespeare’s much loved drama which brings Romeo and Juliet to life for a new generation.

Ben Power is a writer and dramaturg and an Associate Director of the National Theatre, who is also in charge of programming The Shed. His work for the NT includes co-creating The Hush with Matthew Herbert, and an adaptation of Ibsen’s Emperor & Galilean.

Bijan Sheibani is an Associate Director of the National Theatre, where he has previously directed Damned by Despair,The Kitchen, Greenland and Our Class. His production of the classic children’s adventure story Emil and the Detectives will open in the Olivier Theatre in November.

Get busy in the kitchen for Leonard Cheshire Disability