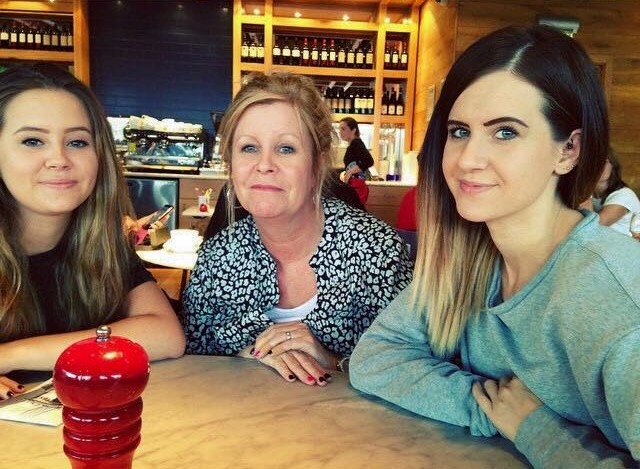 Multiple sclerosis (MS) is a condition that affects 100,000 people in the UK, with many getting diagnosed between the ages of 20 and 40. We had a chat with Jade Lampe to discover how her MS diagnosis at the age of 24 set her life on a new path and what she’s doing to raise awareness

How did you discover you had MS?

I got diagnosed in 2014, but I can see now that my symptoms went back to a couple of years before that. I had these problems in my leg, and I put it down to a gym injury because I was quite the gym freak at the time. I thought I had a trapped nerve that was affecting my leg. I had an MRI scan and when the neurologist said: “It is consistent with someone with MS,” I was shocked. I’m a healthy young girl, I never even caught a cold. To go from that to suddenly having this lifelong condition – it was just so out of the blue.

Q Did you know much about MS prior to your diagnosis?

No, when I first heard about MS I had only heard about the worst-case scenario, which was Debbie Purdy [MS patient and right to die campaigner] – I was clueless on MS to begin with if I’m honest. I’m open about it – I’m not ashamed to say I’ve got MS. People know if they want to ask me something about it to go right ahead. I’m not one to shy away from having MS or be in denial about it – raising positive awareness about MS is key.

Q You do a lot of fundraising for the MS Society. In what ways has that changed your life?

It’s satisfying. This year I’m doing a coffee morning – my boyfriend is a baristaso I’ve got him coming into my work serving coffee, and I’ll have a bake sale alongside it. I’m also doing a big raffle so I’m currently badgering companies for donations – last year I raised just under £450 with my coffee morning, which was only from nine till 12. This year, I’m hoping to go over that target. It’s all over Facebook, I’m going into shops – even if I don’t get a donation out of it, they still get to think about MS and what it is. I’ve had some people turn around and say they have a family member who is affected by it so they are more than happy to donate. You don’t actually realise that there are a lot of people out there that are affected by it – you just don’t think about it.

Q What would you like to see come out of your fundraising?

Just raising awareness really. When I first got diagnosed, I got a lot of comfort from speaking to people who have it. Obviously you have friends and family who are there for you but, they say themselves, they don’t know what I’m going through. I did get a lot of comfort from speaking with people who do have MS; awareness is one of the biggest things, even just having it on people’s radar as something to think about.

Get involved with the MS Society’s Kiss Goodbye to MS campaign by giving up something you love in May to raise funds and raise awareness of the condition. For more information, head to www.mssociety.org.uk.