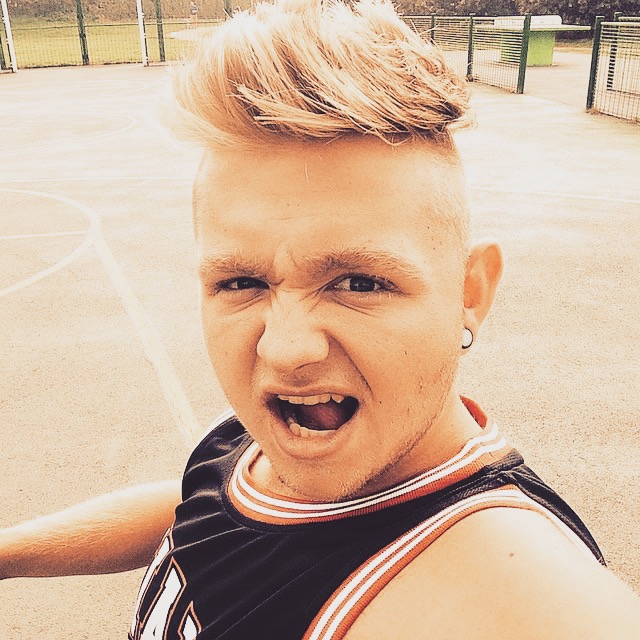 Step aside Zoella, Tanya Burr and Alfie Deyes – there’s a new YouTuber on the block! Joining the trend for sharing your life through web-based videos, actor and former athlete Jack Binstead is now video blogging, or vlogging, his adventures. And he has plenty to be excited about for 2015 – not least reprising his role as Rem Dog in the Bad Education Movie alongside Jack Whitehall. The 18-year-old, who has brittle bone disease, talks to Enable about his plans for the future

I’ve always had an interest in filming and being in front of a camera. I like the concept that big YouTubers were making a living out of making videos in their spare time. My manager and agent go out and try and get me auditions, so in the very little spare time that I do have, I started making YouTube videos to see what happens. I’m very big on spreading the message that disabled people are no different to everybody else too.

What kind of videos are you making?

I’m not going to try and put my channel down to one certain thing. Challenges that are trending, I’ll give that a go – I ate a ghost chilli the other day, that was horrible. If I know I have an interesting day coming up, I’ll vlog about that. My aim is to have a second channel where I’ll vlog daily. But I’ll wait until I’m more popular and people would be interested in that though.

Everyone knows you from Bad Education – what’s next for you?

I’ve got a few auditions here and there – It’s looking pretty bright. I’m probably at my busiest now in terms of what I’ve got coming up. When I’m not doing TV, I am doing my YouTube, socialising.

How did you get into acting in the first place?

Before I was an actor, I was a wheelchair racer. I was fifth in the country, I was at my peak when I was 16. When I was 12, I broke my leg five days before the London Junior Marathon. I snapped my tibia and fibula in half, and I needed surgery – and I told the doctors no. I said, ‘Just put a bandage on, give me some painkillers, I’m still racing.’ It was pretty painful on the day, but I turned up, put my helmet on, got in the chair and went for it – and I won. From that, I got spotted by Paul O’Grady and ended up going on his show, and I was approached by the agency that I’m with now. Then that’s when the Bad Education audition came through.

What are your hopes for the future?

With acting, I hope to have a really great year this year. I’ve got something huge coming up, but my aim is to do something like Hollyoaks. I aim to keep YouTubing, collaborate with some of the big YouTubers. Keep meeting up, networking, socialising and seeing where it goes.

Long read: Under the lens of Alzheimer’s disease