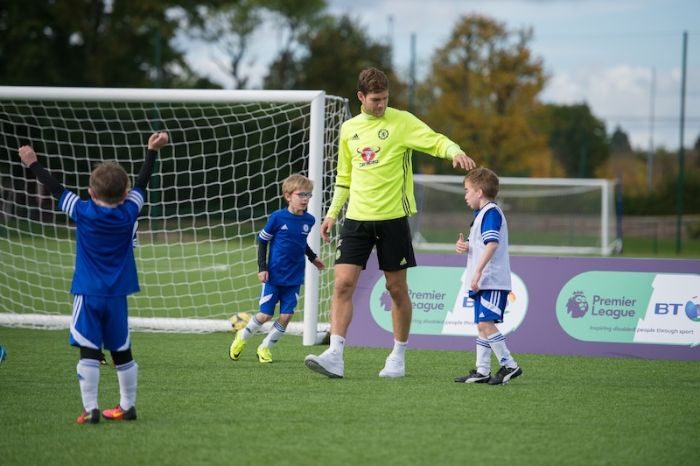 The Premier League and BT have produced a short film; Inspiring Disabled People Through Sport: Balding and Cockroft’s Inspiring Stories, which discusses how sport can help create opportunities for disabled people and which highlights some of the stories of individuals who have benefitted from the Premier League and BT Disability programme since its launch in September 2016.

The film will first air on 13 May at 2.15pm on BT Sport 1 and is presented by award-winning sports broadcaster and BT Sport host, Clare Balding. The film also features Paralympian, Hannah Cockroft, who won two gold medals at the London 2012 Paralympics and who helped launch the Premier League and BT Disability programme alongside Balding and fellow Paralympian Jonnie Peacock at the London Stadium.

Participants appearing in the short film include; Burnley FC’s Volunteer Community Coach, Joe Skinner, a Burnley fan of 10 years, who was born with cerebral palsy. Joe became heavily involved in the disability work taking place at the club after former player Danny Ings presented him with football boots after a Burnley game in 2013. Also featuring are Chelsea team-mates Luka, 9, who suffers from 18p Deletion Syndrome and severe hypermobility, and Archie, 10, who suffers from Sleepapnia and Cleidocranial dysplasia, both of whom have benefited from the pan-disability football sessions run by the Chelsea Foundation. 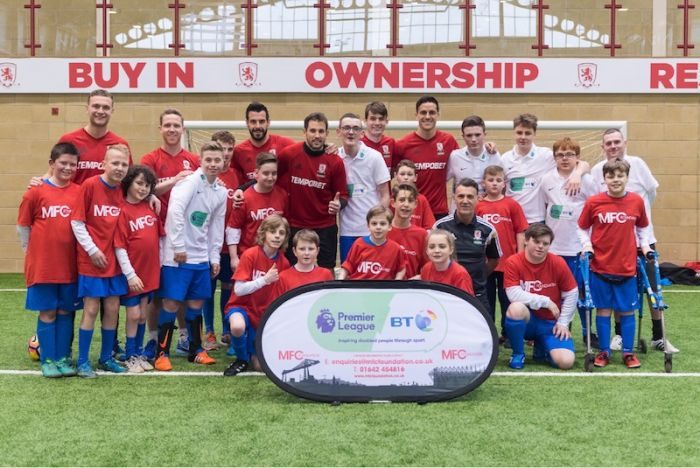 Paralympian Hannah Cockroft, said: “I was so excited when I heard that the Premier League and BT were embarking on an inclusion programme around disability sport. When I was younger, I was not allowed to take part in sports due to health and safety concerns. However, programmes like this are breaking boundaries and stigmas that exist around disability sport.

“People don’t realise that sport is not just physical activity, it’s learning how to socialise, learning how to make friends and learning life skills. It’s great that the participants now have a sense of belonging and that’s what this whole initiative is all about.”

BT Sport’s Clare Balding, said: “This film is all about showcasing the amazing work taking place through this initiative, giving people with disabilities an equal chance to access sport in their community. It’s also about showcasing how the power of sport is in unique in creating such opportunities.”

Amputee in the Pink with Running Blade