The Pleasance in Edinburgh is proud to present three ground-breaking, relevant and entertaining theatre works this August from Cian Binchy and Access All Areas, Touretteshero and Graeae Theatre Company.

Each company in their individual way puts Deaf and disabled artist centre stage and invites audiences to explore and learn about their unique worlds. It is a fantastic opportunity for theatre audiences to engage with different voices and be challenged and inspired.

Cian has autism. He likes to spin tin-openers. But he’s not an idiot. The Misfit Analysis by Cian Binchy and Access All Areas is a journey through the mischievous mind of an autistic man. Challenging preconceptions and pioneering captivating explorations, the show tells a playfully satirical story of wheelchairs, blow-up dolls and being an outsider. Working as an autism consultant on The Curious Incident of the Dog in the Night-time, Cian Binchy has developed a unique perspective on how people tell stories about autism. An incredibly strong and singular voice in British theatre, Cian is probably the only autistic solo-artist to create, perform and often direct his own work in the UK.

Access All Areas in collaboration with the Wellcome Trust – the global charitable foundation dedicated to improving health and supporting bright minds – is overseeing a mentoring programme which accommodates learning disabled artists’ needs and enables them to work creatively. Cian was one of the first graduates of the Royal Central School of Speech and Drama’s Performance Making diploma designed specifically for adults with learning disabilities. This award-winning performance was described by Lyn Gardner as having “a strong and distinct disabled aesthetic that may itself be an agent for change” (The Guardian). 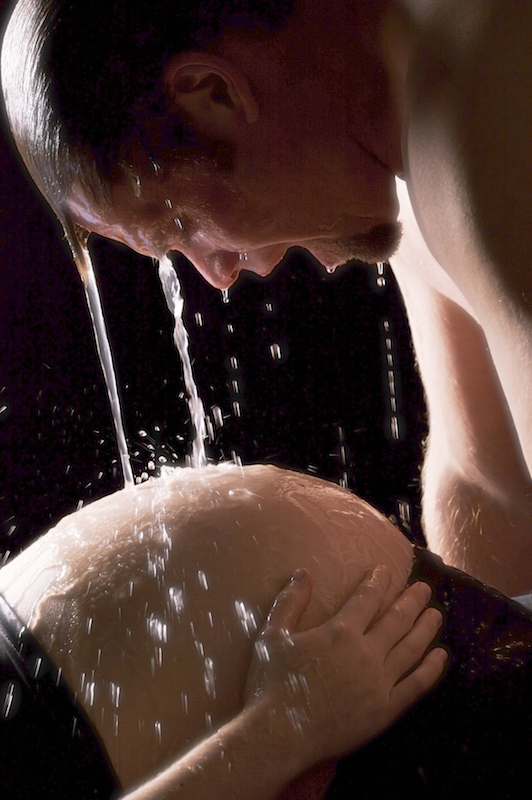 The Solid Life of Sugar Water

Graeae Theatre Company is a force for change in world-class theatre. In collaboration with Theatre Royal Plymouth, Graeae brings to the Fringe the world premiere of a Jack Thorne (credits include Glue, Skins, Shameless, This is England and the stage adaptation of Let The Right One In) play The Solid Life of Sugar Water which tells an unsettling story of a couple trying to cope with the aftermath of a stillbirth. In the trademark trail-blazing Graeae style, this piece breaks down barriers and boldly places Deaf and disabled artists centre stage. All performances will include audio description and creative captioning making them accessible for everyone.

The characters of Phil and Alice are portrayed by Arthur Hughes, recipient of the Carleton Hobbs Award for BBC Radio Drama Company in 2013 and Genevieve Barr, star of BBC One’s The Silence, for which she has won BAFTA and been Emmy nominated. Genevieve also appeared Channel 4’s Shameless, written by Jack Thorne.

Graeae’s critically-acclaimed last visit to the Fringe was 12 years ago, hailed by The Scotsman as ground-breaking. 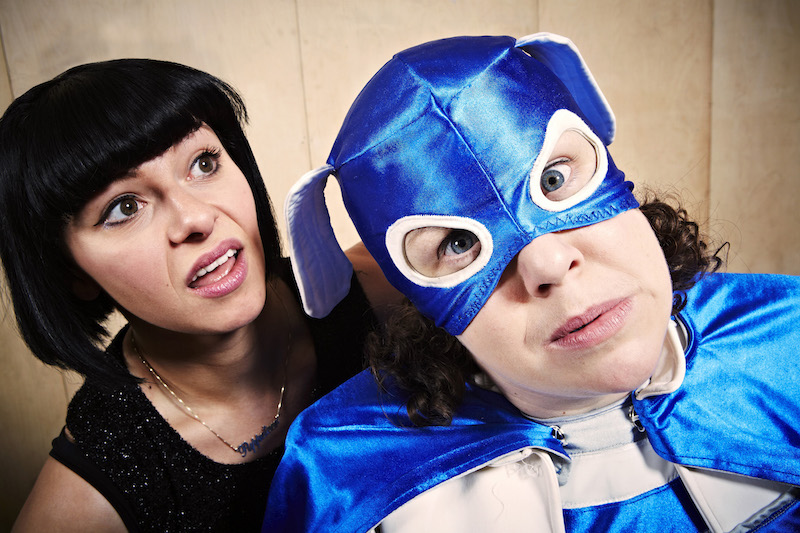 Following on from their Total Theatre Award-winning premiere last year, Touretteshero is back with Backstage in the Biscuit Land. The story revolves around Jess Thom who has Tourette’s syndrome, a neurological condition that makes her say “biscuit” 16,000 times a day and therefore be physically incapable of staying on script. This funny and life-affirming play uses storytelling, comedy and puppetry to present Jess’s unique take on the world, and her own experiences as an audience member – from humiliation to inspiration.

The trailblazing impact of last year’s run saw some of the biggest theatre and comedy names holding their first relaxed performances, including Daniel Kitson (Tree at Old Vic), Nina Conti (Soho Theatre) and London’s Old Red Lion Theatre. Relaxed performances break down the barrier between the artist and the audience, aiming to include those who might find it difficult to follow the usual conventions of theatre etiquette.

All Backstage in the Biscuit Land performances are relaxed and audio-described, with BSL signed shows available.

Jess said: “Tourette’s is pretty much the only superpower I’ll ever need” or as The Guardian put it: “‘Extraordinarily entertaining… could teach a lot of other theatre a lesson or two” – Backstage in the Biscuit Land is not to be missed.

Pleasance’s Director, Anthony Alderson said: “The festival has always been a vibrant platform for a great many social issues and our Pleasance programme has always contained work from artists with or from those discussing disabilities, it is vital that we continue to lower the barriers and raise awareness and understanding within our community. There is absolutely a growing strength and recognition of the fantastic work being created by companies such as Graeae Theatre Company, Access All Areas and Touretteshero and I am delighted we are presenting some provocative, ground-breaking and entertaining work by them at this year’s Fringe.

“In the past few years, the numbers of artists and visitors with a variety of disabilities has grown substantially. The Pleasance has for many years been investing in better facilities and improved universal access for audiences and performers. This is an area of our business that we will continue to grow. We also recognise that there is so much more to achieve and that not everything is perfect yet. Following further investment in 2016 from our hosts The University of Edinburgh, I am delighted to say that all of the spaces at the Pleasance during the festival will become accessible for performers and audiences.”

Live music with international performers for disabled children and their families