There is no denying the healing power of animals – the purr of a kitten or cuddles from a puppy can be magical. We all know about guide dogs returning a sense of independence – but what about a pup relieving anxiety in an autistic child? We discover why therapy dogs are so important. 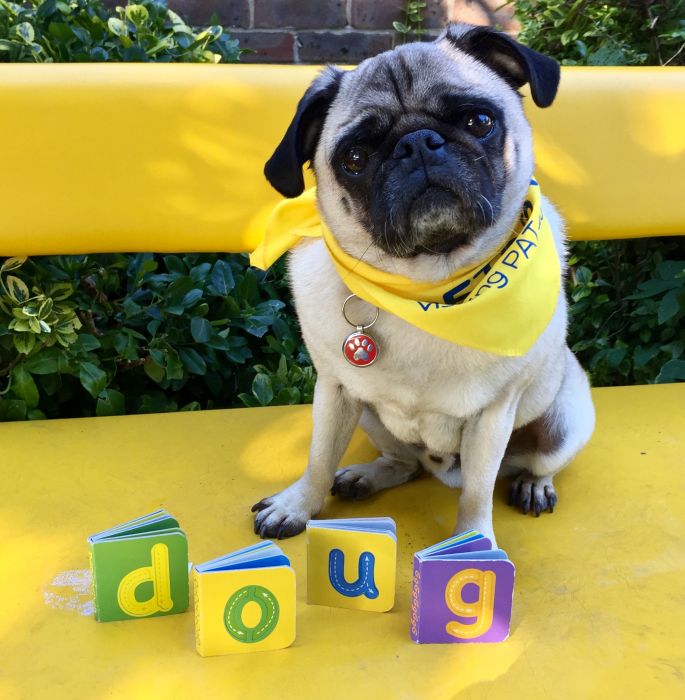 Therapy dogs come in all shapes and sizes, and can lend a helping paw in various situations. From hospitals to hospices, schools to care homes, and everything in between, therapy dogs are on hand to provide additional support.

For people with a learning or physical disability or with mental health problems, therapy dogs can bring out something special in those who may need a little extra assistance.

One of the best-known therapy dogs at present comes in the form of a friendly, good-natured little pug who goes by the name of Doug. Having gained the affection of those he supports and tens of thousands of people across the world through social media, Doug is a prime example of how dogs can help others.

“Doug came into our lives as an unofficial therapy dog. A very much loved family member was chronically ill for many years and it was thought that a small dog might be of comfort to this dear person and help reduce the feelings of loneliness and isolation that often come with a long-term illness,” explains Doug’s owner, Cate Archer.

“After recovery, we were so grateful to Doug for the comfort and companionship that he had brought. He was perfect at reducing feelings of loneliness and isolation, particularly at times when no conversation was needed or wanted, but being alone wasn’t wanted either.”

Cate could see the love Doug had to share and took him down the road of becoming an official therapy dog with Pets As Therapy (PAT). The charity was formed 34 years ago by Lesley Scott-Ordish and has since evolved into an organisation boasting over 6,000 therapy dogs. Going to care homes, hospitals, schools and much more, therapy animals provide comfort and support nationwide. 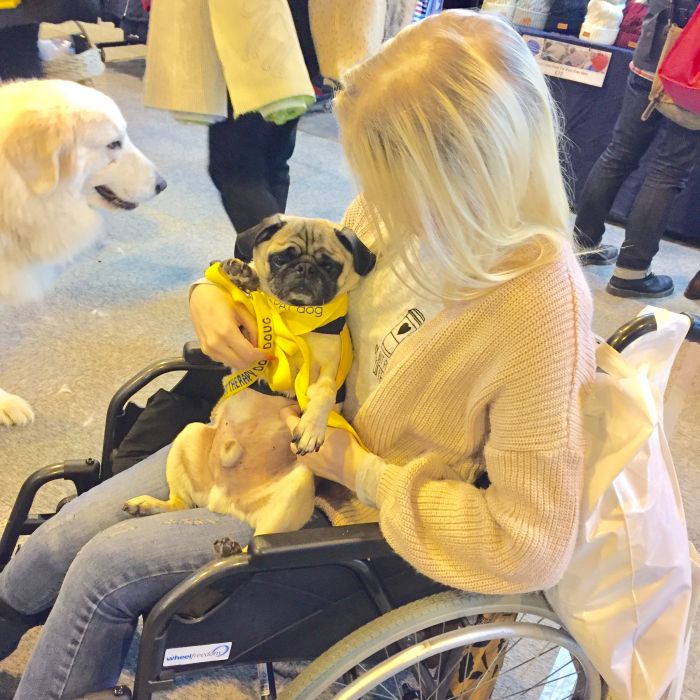 PAT chairperson Anne Clilverd has been volunteering with the charity for nearly nine years and takes her whippet Cesc to schools as part of the Read2Dogs programme. “I was a bit sceptical at first as to how dogs could help but you wouldn’t believe the improvement I’ve seen in reading,” explains Anne.

“The pupils get 10 minutes to read to Cesc and there’s no criticism, no movement, so the children get a great deal of confidence. There is no correcting during reading, it is just pure reading in the way they want to read. You can see how it works.”

Having taken Cesc into special education schools, Anne has seen first-hand the noticeable, positive changes in participants interacting with the animals. PAT takes on dogs aged over nine months who are goodnatured, happy, healthy and sociable.

It is fascinating to think that many of our own beloved pets could fit into the category of therapy animal.

In a similar role to Cesc and Anne, Doug and Cate have spent many years working with children and adults with learning or physical disabilities. Cate says: “For those with learning differences, Doug works as a great supporter and incentivises. He encourages positivity just by being there, without creating a feeling of pressure and expectation. Doug never interrupts or corrects his learners – and this means that friends feel both listened to and heard.

This encourages great feelings of self-confidence and self-worth, allowing people to feel they are accessing the world of those around them.”

Alongside the role of educational aid for those with additional needs, a therapy dog is also there as a support network. Everyone has moments where they spend too much time in their own head and can become clouded – time spent with a therapy dog is a relaxing opportunity to gain clarity and take a break from regular life.

“Doug never shows any judgement or holds any stigma – he’s a really great listener, forever trusted in his discretion with his kind, sympathetic ears, and has a very warm and comforting nature,” explains Cate.

“Doug wouldn’t notice or care if someone was scarred, disfigured or without limbs. It clearly doesn’t matter, and we wish all people could ‘think like a dog’. Those whose lives have taken an unfortunate path find that being with Doug gives them some sense of peace. Even if this is only for a short while.” 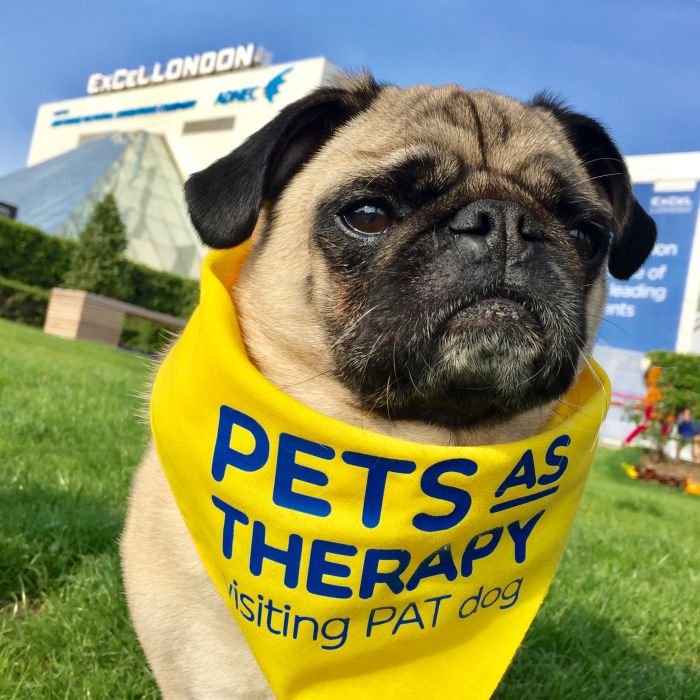 Through the success of Anne, Cate and other volunteers from PAT, work is underway to try and get more establishments welcoming therapy dogs. Anne hopes that one day PAT teams will be offered everywhere –particularly in school environments.

Cate has similar goals, as she understands the power dogs can have in terms of reducing feelings of loneliness and isolation.

“We still have a long way to go in terms of the stigma associated with animals being managed honestly. The Royal College of Nursing is working hard to dispel the ‘myths and dangers’ of allowing animals on wards and feel strongly that allowing companion animal therapy into hospitals has been making a ‘remarkable difference’,” adds Cate.

Nurturing, friendly and well-trained dogs can only be beneficial for those in hospitals or hospices, living with mental health problems or with a disability. It is time therapy dog sessions were more widely available.

As the age-old saying goes, ‘dogs are a man’s best friend’ – and for those looking for a break from normality, time spent with a therapy dog is a great experience.