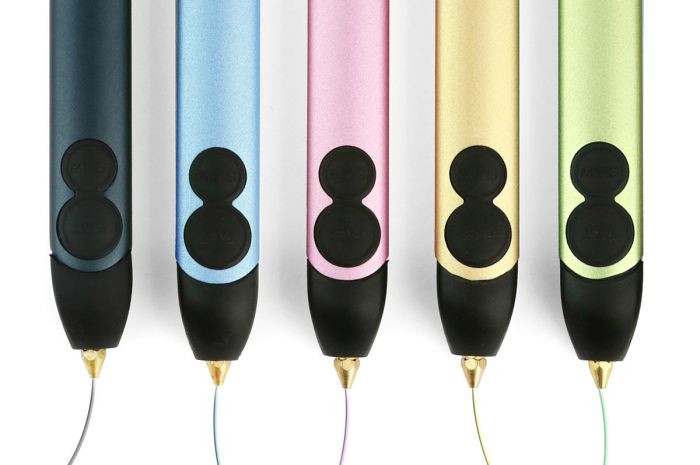 3Doodler Updates 3D Printing Pens and Receives Official Seal of Approval from RNIB for Use by People Who Are Blind Or Partially Sighted, Giving Teachers & Students New Tools For Accessible Creativity

When 3Doodler first brought its 3D printing pen to market, the company was inundated with feedback from people who are blind or partially sighted, or who work with those communities. Teachers of blind students were particularly engaged, envisioning ways to work with their students to instantly create tactile graphics they could touch and feel.

“We took the feedback to heart,” said 3Doodler President Daniel Cowen. “We got so many requests from 3Doodler users with sight loss and teachers of blind students, we started calling up organisations to explore how we could work with the sight loss community to make our 3D pen work better for them.”

The feedback they received led to specific changes to the 3D printing pens – such as lower heat and tactile buttons – to make them easier and safer for people with sight loss to use. As a result, 3Doodler, makers of the first and most advanced 3D printing pens in the world, has released a new version of its 3Doodler Start that in June 2017 has earned it a product endorsement from the Royal National Institute of Blind People (RNIB), which awards its ‘RNIB Approved’ quality assurance mark to products it identifies as “easy-to-use” for those who are blind or partially sighted.

Steve Tyler, Head of Strategy at RNIB said: “RNIB was pleased to work with 3Doodler and impressed by their commitment to making the pen accessible and usable for people with sight loss. The pen will have uses in education and also for fun and creativity enabling blind and partially sighted children and adults to create tactile drawings and models.”

As part of the rigorous process to achieve RNIB Approved status, the 3Doodler Start pen was tested by several groups of students who are blind, partially sighted or have other disabilities, and their teachers. These teachers commented in the study that the 3Doodler Start, in addition to being fun for students to use, is also useful for teaching maths, drawing diagrams or teaching symmetry, as an alternative option which can sometimes replace the need for swell paper– a heat sensitive paper often used by teachers of visually impaired students that swells when heat is applied to produce a raised image.

One of the participants from the study, Margaret Wilson-Hinds, commented: “I’ve always felt that if I could see I would enjoy painting but I haven’t had the opportunity. 3Doodler is a totally different thing altogether and I really enjoyed using it.”

Maths teacher, Julia Weston, from a specialist school for blind and partially sighted children in Birmingham commented: “It’s the best thing since sliced bread. 3Doodler’s pens are not only a really nice art tool but an important teaching aid that we can pick up and use on the spot, without any pre-planning. It is making subjects and topics far more accessible, especially in maths where shape and space can be particularly difficult to grasp for blind and partially sighted students. It helps me to establish their level of understanding so we can fill in the gaps and ensure they can use tactile diagrams instantly and effectively.”

The latest version of the 3Doodler START has been adapted to include tactile buttons to help those with sight loss more easily locate the stop and start buttons and the on/off buttons. Feedback from the testing phase of the official RNIB study led to the development of new audio instructions, accessible through the 3Doodler website, in order to help users get started and orient the pens for 3D drawing.

3Doodler’s 3D printing pens are already used by more than 3,000 teachers in classrooms across the globe and by artists, creators and hobbyists from young to old. They are sold in more than 60 countries at UK retailers including Amazon, Maplin and Currys.

3Doodler aims to make unlocking creativity fun and accessible to everyone, and updating features on the 3Doodler Start pen to make it easier for people who are blind or partially sighted to use it supported that goal.

“We envision a world where every person, from children to grandparents, regardless of ability, can use a 3Doodler 3D pen to unlock their creativity and bring their ideas to life,” said Max Bogue, CEO and co-creator of 3Doodler.

3Doodler offers discounts to educators worldwide, as well as specially designed EDU Bundles, aimed at giving teachers everything they need to outfit their classroom and take creativity to a new dimension. Visit edu.the3doodler.com for details.

INTERVIEW: Celebrating the 10th anniversary of the Equality Act with RNIB