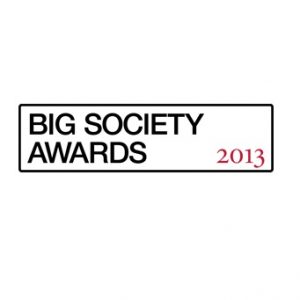 The orchestra which shot to fame after performing with Coldplay at the closing ceremony of the 2012 Paralympics is the latest winner of a Big Society Award, Prime Minister David Cameron has announced.

The British Paraorchestra has been recognised for providing a successful platform for the country’s most talented musicians with disabilities.

The orchestra was founded by British conductor Charles Hazlewood, whose youngest daughter Eliza was born with cerebral palsy and a talent for music. As the Paralympics does for sports, the British Paraorchestra seeks to raise awareness and to shift perceptions of disability by creating a visible platform for gifted disabled musicians to perform and excel at the highest level.

Since its launch in January 2012, The British Paraorchestra has:

“The talented musicians of Paraorchestra inspired a worldwide audience when they performed alongside Coldplay at the closing ceremony of the Paralympic Games.

“Paraorchestra is providing opportunities, challenging perceptions and entertaining audiences. This Big Society Award celebrates a phenomenal 2012 for the orchestra and looks forward to an exciting future for everyone involved.”

“I conduct orchestras around the world, and I can count on the fingers of one hand the number of musicians with a disability I have encountered anywhere. There is no platform for musicians with disability, very little in the way of funding – and therefore access to the often-necessary technologies: it is virtually impossible for anyone from this community to make a living as a professional musician. The British Paraorchestra is pioneering a global movement to recognise disabled musicians with extraordinary abilities, and to end the limitations placed on them, not by their physical ability, but by lack of opportunity. It is great for our work to be recognised with this Award.”

Last year the British Paraorchestra released their first single, ‘True Colors’, with proceeds going towards supporting the ParalympicsGB team and to further the development of the British Paraorchestra and the Kaos Signing Choir for Deaf & Hearing Children who also featured on the single. The announcement comes in the week that the ensemble performs at the opening night of the Ipswich School Festival of Music.

The Big Society Awards were set up by the Prime Minister in November 2010. The aim is to acknowledge individuals and organisations across the UK that demonstrates the Big Society in their work or activities. In so doing, the aim is also to galvanise others to follow.