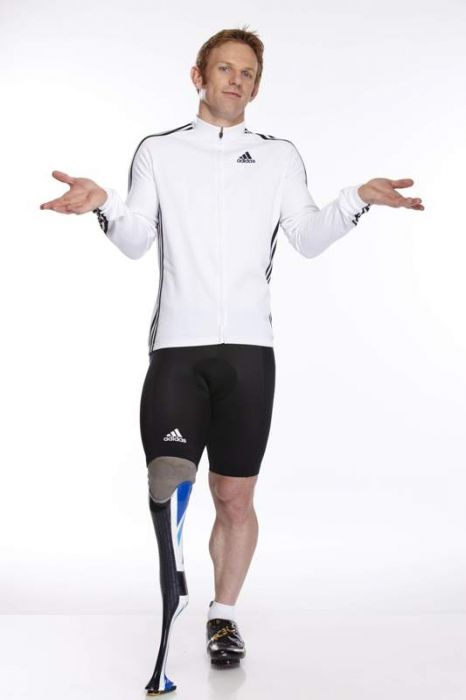 Jody Cundy, one of the UK’s most successful Paralympic cyclists and swimmers, will be taking to the stage at this year’s Naidex show to discuss his experiences in Paralympic sport.

Arranged by specialist broker Chartwell Insurance, Cundy will also take part in a Q&A session when he appears on the event’s Trade Stage on Wednesday 29th April, from 15.15 to 16.00.

Held at the NEC in Birmingham from 28th to 30th April, Naidex is the UK’s largest disability and homecare show, with more than 300 exhibitors displaying the latest independent living products.

Born with a deformed foot that was amputated at the age of three, Jody made his international swimming debut aged just 16 after training with his local club in Wisbech, Cambridgeshire.

Cundy earned 14 gold medals on the world stage before swapping the pool for the velodrome in 2006, and has bagged another 11 golds and two world records since then.

It was after his appearances at the Beijing and London games that Cundy became a household name, however, with five Paralympic golds, 12 world championships and two world records amassed throughout his career so far.

Ahead of his attendance at the show, the star said: “I’ve been very grateful for the support and sponsorship from Chartwell over the years, and I’m delighted to be attending Naidex with them to speak to people about my experiences.”

Gerry Bucke, general manager at motor, home and travel insurance broker Chartwell Insurance, said: “We’ve been working with Jody for a long time now, and it’s going to be great to get the chance to visit Naidex with him.

“It can be difficult for disabled people to find insurance that takes their needs into account, so we’re looking forward to meeting the public and explaining exactly how Chartwell can help.”

To find out more about Jody’s work with Chartwell, visit www.chartwellinsurance.co.uk/jody-cundy, and head to www.naidex.co.uk to read more about Naidex 2015.

Countdown: One month until Naidex

Ensure your holiday is insured