2016 has been a year of ups and downs, the unbelievable and the down-right bizarre. So we thought we’d take a moment to cast a light on all the good that happened in 2016. Check up our official line up (and click the links to read the original story!)

Thanks to millions pouring ice cold water on themselves in the names of charity, motor-neurone disease foundation, ALS,  raised more than $100m in 30 days. As a direct result of the money made, scientists identified a gene linked to the disease, which could lead to new treatment possibilities.

“#RunwayForAll means any teenager feels represented when they open a magazine or watch a fashion show,” says Mama Cax (@caxmee). Mama grew up in Haiti, lives in New York City and never aspired to be a model — “not only because there were very few dark models on magazine covers but also because I grew up with very little knowledge of the fashion industry,” she says. “Eight years ago, after getting my leg amputated, the idea of being a model was even more far-fetched.” Today, Mama is modeling and doing other things that she was told there was no audience for, like sharing tips for traveling as a black female amputee. “The majority of humans do not look like the mainstream idea of beauty,” she says. “One of the greatest barriers is not belonging. Through modeling I hope to show that beauty does not always wear a size zero and beauty does not always walk on two limbs.” Every day this week, we’ll be sharing the story of a model who is redefining industry standards and making sure there’s room on the #RunwayForAll. Photo of @caxmee by @simonhuemaen

Social media positivity then struck again when social platform Instagram launched the hashtag #RunwayForAll. Every day the app  shared the story of a unique model who pushing boundaries and ‘redefining industry standards’,  proving there’s room on the #RunwayForAll.

Rogue One sees Hollywood finally give us a blind hero

For too long people with disabilities have been ignored or marginalised by Hollywood. So congratulations are in order to the casting directors of the latest Star Wars for creating the most diverse cast in any Star Wars movie – ever! Our highlight? Seeing a blind character taking centre stage and proving that his disability is both central as well as incidental. 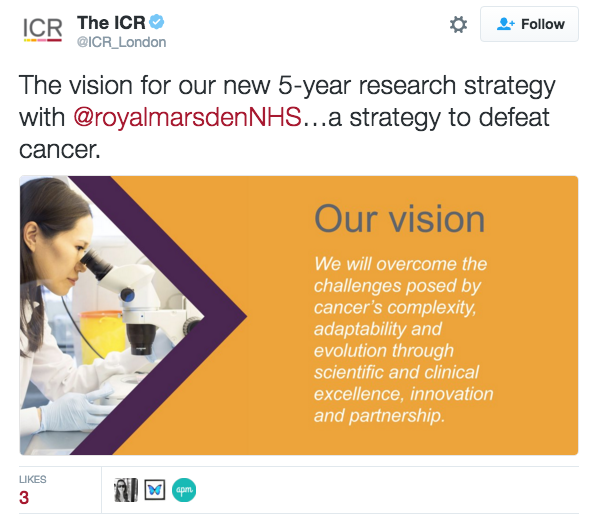 War to defect cancer is underway

Earlier this year the Institute of Cancer Research published an extensive new strategy “to defeat cancer”  in which it explained that innovative treatments, including immunotherapy, made outsmarting it a real possibility.

What a #paralympics 2016 turned out to be with #TeamGB's largest medal haul since 1988! Special mention to cyclist #sarahstorey who won her 14th individual gold medal 🎖 making her the most decorated female Paralympian in history. #proud #victoRIOus #paralympics2016 #rio2016🇧🇷 #cycling #track #road #damesarahstorey #nedboulting #bikeology #bikeologytour

Dame Sarah won our hearts (and all the medals)

There is no denying that the Paralympics were the highlight of the year. The 2016 were particularly historic for ParalympicsGB, taking home a total of 147 medals, their best medal haul since the 1988 Summer Paralympics in Seoul, South Korea. The real star of the Games was Sarah Storey, who became the most successful female UK Paralympian ever on her first day at Rio. The British road and track racing cyclist and former swimmer now boasts 14 gold medals, putting her ahead of Tanni Grey-Thompson.

A photo posted by SportsWomanOnline (@thesportswomanonline) on Dec 16, 2016 at 1:25am PST

Following her success at the games, Sarah was nominated alongside Sophie Christiansen and Kadeena Cox for Sports Personality of the Year.

During the Rio Paralympics Games Channel 4 made history by showing the first TV ad ever to use only sign language in an effort to help promote diversity.

So there you have it! It’s not all be bad. This Christmas, let’s remember that positivity always trumps negativity, and love will always outshine hate.

As Barack Obama said in an interview after the devastating outcome of the presidential election: “I genuinely do not assume the worst, because I’ve seen the best so often.”
So here’s to 2017, let’s make it the best one yet!
What were your highlights? Let us know on Twitter!
SHARE TWEET PIN SHARE