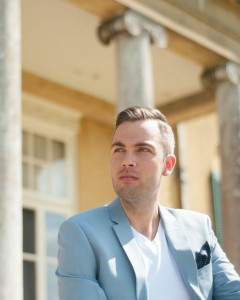 Nicholas was born in 1989 without his right hand. He began to play piano aged 14 after seeing a friend play Beethoven’s Waldstein sonata.  In 2012, his graduation from RCM made history as Nicholas became the only left-hand pianist to graduate from the institution in its 130 year history.

Create’s Co-founder & Chief Executive, Nicky Goulder said, “We’re delighted that Nicholas has accepted our invitation to become a Patron. Create provides creative workshops for children and adults with a range of abilities and Nicholas is such a positive role model. People with physical impairments are significantly less likely to take part in cultural activities despite the health benefits they bring. The arts can have a huge impact on wellbeing and feeling part of a community, which is especially important for those who are marginalised or excluded from other learning opportunities. We believe that with access to the arts, everyone can embrace their creativity and achieve great things.”

Nicholas commented, “I’m thrilled to have been asked to become a Patron of this award-winning charity, which has achieved so much in just 11 years.  It will be an honour and a privilege to help the charity in its mission of impacting on the lives of people who are disadvantaged and vulnerable. I look forward to doing as much as I can to make a difference.”

On 30 November, Nicholas will be attending creative:space,Create’s interactive music-making event for disabled children and their families. Tickets are available via Create’s website. Just follow this link.

Founded in 2003, Create (www.createarts.org.uk) has run more than 4,853 creative arts workshops that have helped transform the lives of more than 27,770 disadvantage and vulnerable participants as part of sustained, life-changing programmes.  Aimed at those who are excluded through disability, disadvantage, ill-health, imprisonment, poverty or social isolation, participants are given access to high quality creative arts experiences that help them develop creativity, learning, social skills and self-esteem.  Every project helps to create a society that is fairer, more caring and more inclusive.

Walking with the Wounded Charity Race to South Pole